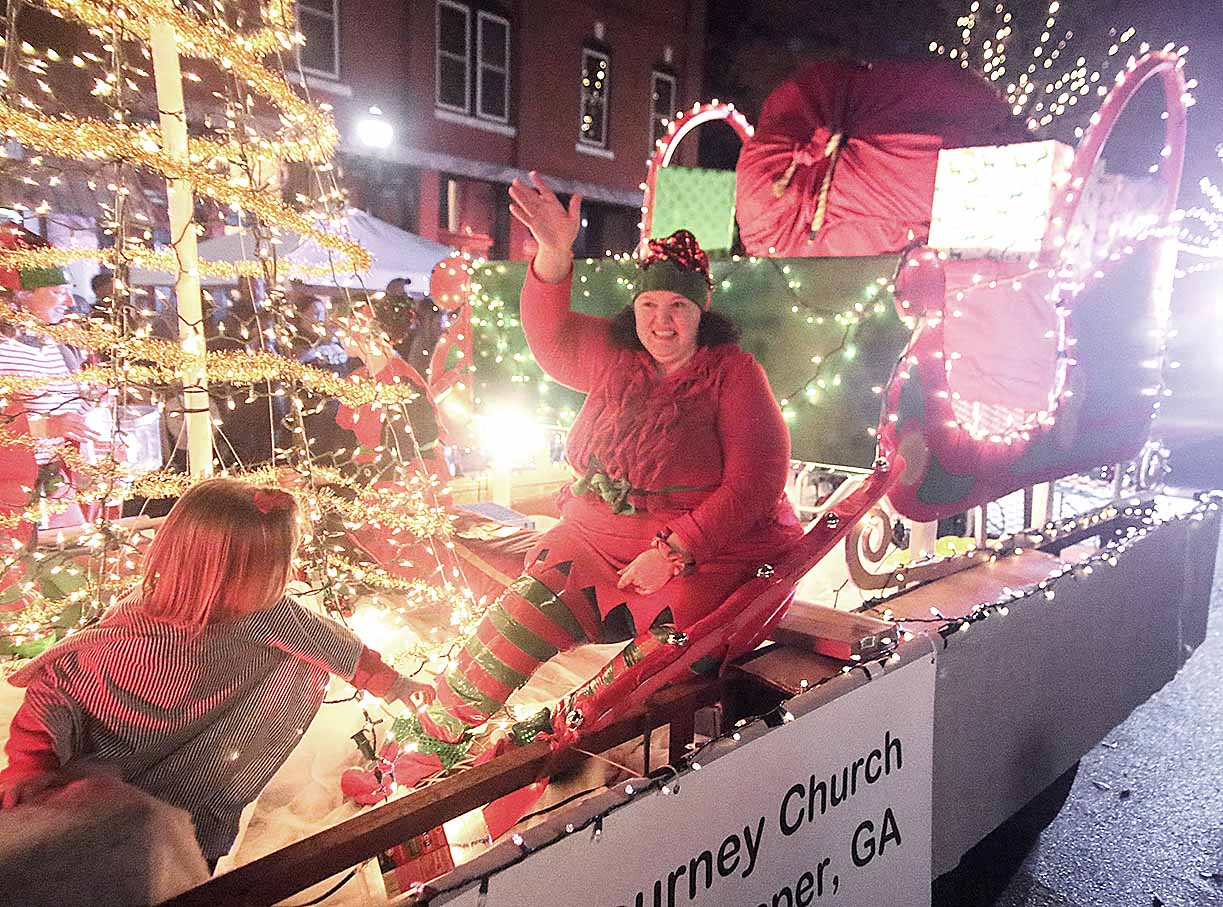 Robin Dunn / Photo The Christmas holidays rolled in to Jasper with a well-attended Night of Lights parade Saturday. Organizers said parade participants went above and beyond this year with their creative float designs. See more photos on page 14A.

“I was very happy with the way things turned out,” said Haley Bouchie, president of Jasper Merchants Association. “We had a few behind the scenes snags but everything went extremely well.”

There were around 45 floats in the parade, as well as 23 vendors at the Saturday, Dec. 4 event.

“I know the food vendor lines were 50 people deep at points,” she said, “and I’ll tell you what, people in this community have great imaginations – there were some wonderful floats.”

Next year JMA will host the event again, with plans to work closely with the city of Jasper and the Downtown Alliance and beef it up even more.

“We want to make it bigger and better for the community,” Bouchie said, mentioning the possibility of a chili cookoff, earlier entertainment, and other elements still in preliminary discussion phases.

JMA also plans to move the event to the first Sunday of the month instead of the first Saturday to increase crowd size. This year and in years past the parade has coincided with the popular Southeastern Conference football game, which has likely impacted participation. In addition, Bouchie said they are working around Ball Ground and Holly Springs’ parade schedule, which are on the first Friday and first Saturday in December.