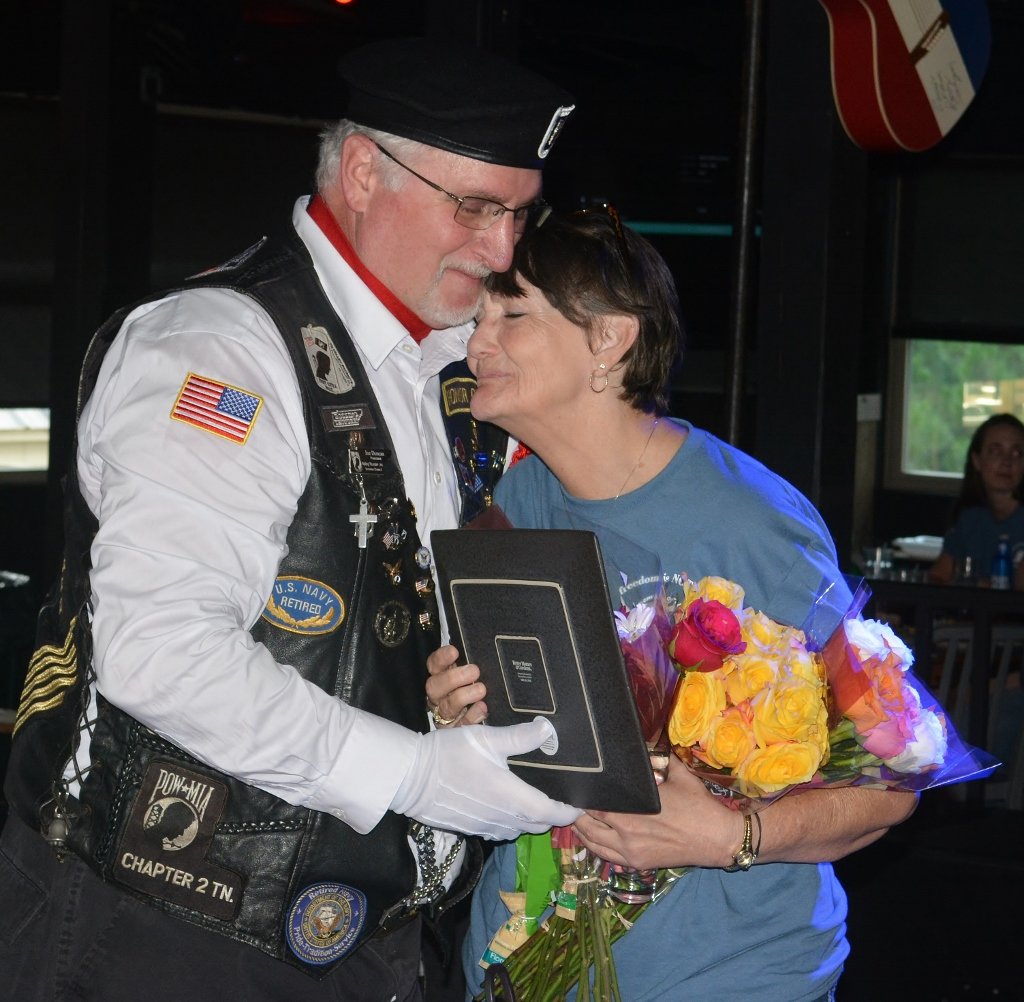 A Rolling Thunder honor guard consoles Sgt. David Collins’ mother, Lynn Napoli, at a memorial ride held in her son’s honor. Napoli is holding the plate from a ceremonial Missing Man Table at Rocco’s Pub where the event was held. Missing Man Tables honor military men and women who did not return from service. Sgt. Collins of Jasper was killed on April 9, 2006 in Iraq while serving with the Army. He was 24 at the time of his death.

Elizabeth Collins, daughter of  Sgt. David Collins, holds a photo of her dad while being surrounded her family and American Legion Riders last Saturday morning before a Memorial Ride remembering her dad.

The Pickens County hero was killed in action on April 9, 2006 in Iraq by an improvised explosive device.  He was assigned to the 506th Infantry Regiment of the 101st Airborne. David’s mom Lynn Napoli, wanted to do a ride because he loved motorcycles and would be a fitting memorial.

She teamed with the local American Legion Riders Post 149 to host a ride that would benefit local causes and over the years raised over $20,000 for the community.