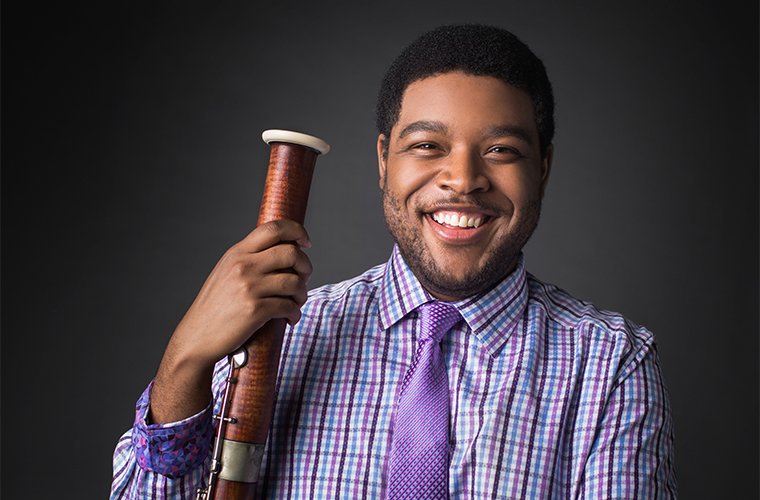 The Atlanta Symphony Woodwind Quintet is featured as the closing concert of the 2021-22 season of Casual Classics Concert Series, Monday June 6, 7 p.m. at Fellowship Presbyterian Church, 389 Bent Tree Drive, Jasper. The performers in this ensemble are the first chair players in the symphony on flute, oboe, clarinet, French horn, and bassoon.

The repertoire for woodwind quintet dates from the eighteenth century by such composers as Haydn, Beethoven, Danzi and Stamitz, and continues to be a favored ensemble today because of the colorful possibilities of these different wind instruments, in contrast with the more uniform timbres of violin, viola and cello forming a string quartet. Works on the program will include contemporary works by Ibert, Rostov, and Gershwin.

There will be an opportunity to mingle with the artists over coffee provided by Red Bean Coffee before the concert, and during intermission.

• Christina Smith is one of the most sought-after flutists in the country as an orchestral player, soloist, chamber musician, and teacher. She joined the Atlanta Symphony Orchestra as Principal Flute in 1991. Smith serves on the faculty at Kennesaw State University and Emory University. She performs on a vintage flute made of 14K white gold, handmade in 1950 by Verne Q. Powell, and is proud to be a Powell artist. She lives in Atlanta with her husband and two daughters.

• Elizabeth Koch Tiscione joined the Atlanta Symphony Orchestra as Principal Oboe at the beginning of the 2007-08 season. She currently holds the George M. and Corrie Hoyt Brown Chair.

Tiscione has a love for teaching, and is currently a faculty member at Kennesaw State University. She also has a small private studio in Atlanta.

She is a founding member of the Emory Chamber Music Society of Atlanta, and teaches at Emory University.

“Ardan’s clarinet demonstrated all the molten gold color, the coloratura agility, the suppleness in moving between registers, the ability to swell and expand a phrase for expressive purposes that characterize great singing. She dazzled the ear with her superb control of dynamics and color.” (Boston Globe, 2002)

When not performing, Ms. Rainey is an Artist affiliate at Emory University, has served on the faculty of Georgia State University in addition to maintaining a private teaching studio.

Brady is from Johnson City, TN, where he began his musical studies on saxophone but switched to bassoon at age 14, after seeing the quirky instrument at a band clinic.

Four years later he performed on NPR’s From the Top; and in 2010 he received the Grand Prize in the Pasadena Showcase House for the Arts Competition, adjudicated by members of the Los Angeles Philharmonic. In January 2011, Brady performed Mozart’s Bassoon Concerto with the Seattle Symphony under invitation from then Music Director Gerard Schwarz.

While in Seattle, he gave free public concerts as well as interactive demonstrations in area schools.

There is no charge for admission, although contributions are gratefully received; donations from the series’ patrons cover the expenses of these concerts.

Following protocols established at the church, all those attending are strongly encouraged to wear masks while inside the facility and during the concert.

Casual Classics was established in 2007 by Suzanne Shull, then a resident of Bent Tree and member of Fellowship Presbyterian Church. Over the years, the series has featured many soloists and ensembles associated with the Atlanta Symphony Orchestra, faculty at Kennesaw State University, and emerging artists. With Suzanne’s move to Atlanta, Calvert Johnson stepped up to be the new Concert Manager, beginning with the 2018-19 season. Members of the Board of Directors include Kelly Lohman, Lloyd McDonald, Marc Unger, Richard White, and Suzanne Shull as past director.

For additional information, contact Calvert Johnson at 404-373-0748 or calvertjohnson@gmail.com.