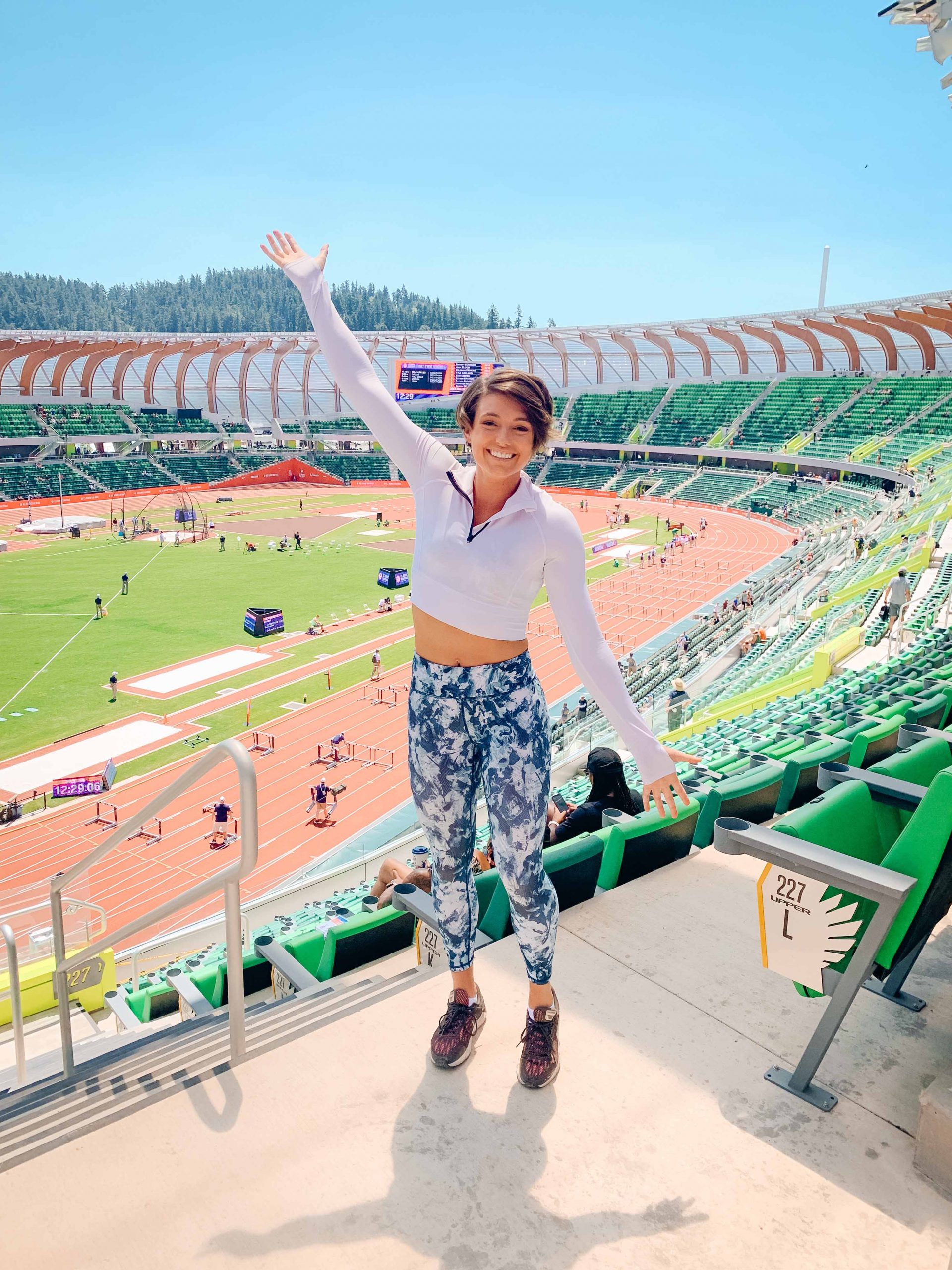 There is no women’s decathlon at the Olympics. Who knew?

One of the best female decathletes in the world is from Ball Ground. Who knew?

Her name is Jordan Gray and she scored 8,246 points in the Women’s Decathlon Association Championship in San Mateo, California last year. It’s the second-highest all-time score worldwide and the Ball Ground resident is only the third woman to score over 8,000 points.

Decathlons are scored on a point system with scores handed out based on how well an athlete does in each of the ten events (four runs, three jumps, three throws) with a combined score recorded at the end.

The title “world’s greatest athlete” or “most well-rounded athlete” are traditionally tagged onto the winner of the decathlon because of the variety of the events. Gray has certainly deserved that title for her prowess as a decathlete leaving last year’s second place decathlete at San Mateo behind by 2,548 points.

She probably deserves a second title for her efforts to allow women to participate in the decathlon at the Olympics as well.

Right now, at the Olympics, women have the heptathlon (seven events), while men have the decathlon. “It’s always shocking to people when they realize that it’s different, and I think part of the reason that people don’t know is because a lot of people just try to say well, it’s just like having different sizes of basketballs,” Gray said.

The heptathlon was founded in 1984. Women weren’t allowed to pole vault In the Olympics until the year 2000.

“It was 16 years before women were even allowed to pole vault, so now it’s 2022 and they just never caught the heptathlon up with the rest of the world. Women can do these events,” Gray said.

Gray’s passion is the decathlon, but she has to run the heptathlon for any chance of making Team USA the way things stand now.

The decathlon, put together first in its modern form in 1912, was meant to be geared to a very well-rounded athlete. Athletes have to be able to do a lot of things with their upper bodies, like pole vault and throw, in addition to runs and jumps.

The heptathlon is geared more towards sprinters and jumpers, making it more different of an event than many realize.

“ I definitely enjoy the decathlon a lot more because, heptathletes tend to look like sprinter-jumpers, they tend to be that build, versus really good decathletes for guys, sometimes you get guys that look like freaking football players and they are just doing awesome and other times they look like guys that you think might be cross country kids and they’re just killing it in the pole vault and the distance runs. So there’s much more variety in what you can be good at and still be a very successful decathlete, which is part of the reason I like it.”

Gray grew up on a little farm in Ball Ground  and didn’t start track and field until the summer before her senior year. “I always tell people that it’s really easy to run on a track when you’ve had to chase goats through the woods before. Nothing’s jumping and turning, you don’t have to tackle anything at the end, you’ve just got to run,” she laughed.

When asked about the future of women’s decathlon Gray was optimistic about the next generation. “The generation just below me (she’s 26), the high schoolers and early college athletes, are much more willing to say no. I think that as girls we get pretty used to being told ‘you can’t play football, that’s only for boys, but you can hold the pom poms,’ or ‘you can’t play baseball, but here’s a softball.’ So by the time you get to college, when most women start doing the heptathlon, women get told you only get to do seven, and they’re like ‘okay’. I think the generation below me is much more willing to say that’s not right.”

There are discussions about adding women’s decathlon to the 2024 Olympics, but much depends on how strict the IOC will be on the four year notice rule. Gray plans to try for the heptathlon if the decathlon is not available, but will continue to push herself and decision-makers either way.