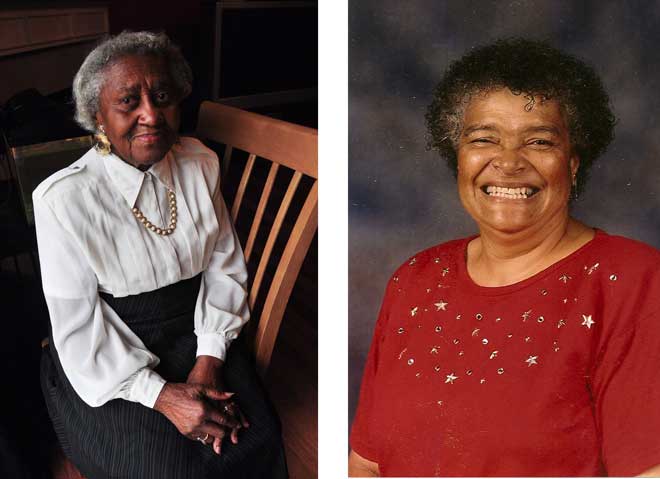 This article is the last in a series devoted to the history of the Black residents of Pickens County. Dr. Kathleen Thompson has completed extensive research and interviews in order to write this series. This project has and continues to be made possible by the Pickens Arts and Cultural Alliance and grants from the Georgia Humanities Council and the National Endowment for the Humanities.

The research and interviews that underlie these articles have taken place over a period of three years (2009-11). During that time, many people have been instrumental in the production of this record of Black life in Pickens County from the time of the first slaves who were owned by a Cherokee Indian plantation owner and thus predate early White settlers to today. I would like to begin by thanking those who have helped.

The Pickens Progress and Dan Pool have been generous in their willingness to run these articles. Never have I been asked to shorten the articles that I submitted to Mr. Pool. The Progress staff is committed to recording local history. Numerous articles in the Progress, by the staff and local historians, have documented the rich local culture for all to read.

Funding for the historical research was provided by two state agencies. Both are funded by your tax dollars. The Georgia Council for the Arts supported a photography project that recorded life in the Black community.  Lisa Payne and her Pickens High School photography students, Lisa Snellinger and Al Clayton, did a fantastic job with their photo journalism.

The Georgia Humanities Council provided grant monies to pay for the cost of research including, equipment, research fees, books and travel expenses.  A committee, which included Lawton Baggs, Justin Davis, Robert McClure, Portia Goss and Willie Mae Weaver, provided leadership. The fiscal agent for the grant was the Pickens Arts and Cultural Alliance (PACA). This supportive group also arranged for the presentation of a photo album of the community at the 125th anniversary of Mt. Calvary Baptist Church as well as providing a program that included the church’s history.

The lasting results of this process of photography and historical research includes community photography spanning three years and this series of articles. The articles are archived on the Pickens Progress website and will be presented in bound form to the Pickens Library and Mt. Calvary Church.

Two women provided extensive guidance and insights and have become good friends. I would like to tell you why I admire both of them:

Emma Julia began her working life as a maid in the homes of White families and ended her career as an educator. In between was a life of hard work, determination, and accomplishment.

Beginning at age 18, Emma Julia worked for several White families, sometimes two at a time. She would cook at one home and clean at another. Her first family was that of Dr. Guerrant and Mrs. Jean  Perrow.  Emma Julia was in charge of the kitchen and she looked after the children. Another family she cared for was that of Dr. Barrow and his wife Lucille. They had no children, so her duties were cooking and cleaning. The last family, Dr. Burgess Lee and his wife Hazel, had three children that Emma Julia cared for. During that time she was working from 7:30 a.m. to 3 p.m. for the Lee family she also worked the 4 to midnight shift in a local sewing factory. Fortunately her parents, Olin and Katherine Collins, were able to care for her children, Michael and Sandra.

“I was tired of cleaning other people’s houses. I wanted to better myself and set an example for my children,” recalled Emma Julia, explaining her decision to attend college in her 30s. While considering returning to school she received encouragement from Jean Perrow, Dr. Perrow’s wife. Mrs. Perrow herself had returned to college and earned a degree and certification in Special Education that allowed her to teach in the local school system. “You’re smart Emma Julia, you can do it,” Jean Perrow would remind her.

There were many challenges involved in returning to school while working. It had been years since high school and many of Julia Emma’s college subjects were not classes she had taken in high school. Chemistry and trigonometry were new to her.  Advanced Biology also involved new skills. “I had never cut up a frog in high school, but in my college biology lab we had to dissect a pig.  ‘What will I do with this thing?’ I thought.” Even today Emma Julia had a look of disgust on her face while recalling the prospect. Nevertheless she cut up the pig and did all that was required in her classes.

When she started college in 1970, son Michael and daughter Sandra were attending Pickens High School. Because of these difficult new subjects, they became their mother’s tutor.  Often all three did assignments together at the same dining room table. Emma Julia would study late into the night and then go to work the next day. Sundays following church were also set aside for studying.

Driving to college classes was another challenge. A few were nearby but mostly involved an out-of-town drive one or two nights a week.  Classes provided by the University of Georgia were taught locally, but those at Truett McConnell College, Reinhardt College and North Georgia College required a drive to and from class.

After attending college Julia Emma taught as a paraprofessional for two years in a county school program called “Project Follow Through” working with at-risk students. Later she worked with small children at the Pickens Day Care Center.

When her mother became sick, Emma Julia had finished three years of college. She stopped her education to nurse her ailing mother. While she did not complete the degree, she was able to go from being a maid to White families to working in schools with White and Black children.

For many years I taught classes on Friday night and Saturday mornings at Brenau University as an adjunct professor.  Most of my students were, like Julia Emma,  paraprofessionals  with family responsibilities.  Despite a tough load they were more productive than most traditional undergraduates. My hat’s off to Julia Emma and those women willing to make immense sacrifices to better their lives.

Children were always the central focus of Willie Mae Weaver’s life. She grew up in a family of six girls. They lived in Tate where her father worked in the marble industry. The noise and confusion of so many folks in one household was something Willie Mae loved.

As an older teenager she required female surgery. The doctor explained the consequences to her. “Willie Mae, you’ll never be able to have children,” he solemnly declared.  “You’re not God and you don’t know what He has in store for me. Take out what you have to and leave the rest,” was her angry retort.

After graduation from Morris Brown College, Willie Mae Green took a teaching job in Blue Ridge, Ga., at “Padgett’s Chapel Colored School.” After two years of teaching she met her husband-to-be, Howard Haywood Weaver. They were married at the end of her third year in Fannin County.

After their wedding the Weavers moved to Tate where Howard took a job with the Georgia Marble Company. The quiet home of the childless couple drove Willie Mae to distraction. Husband Howard suffered with her as she longed for children. He developed a plan, making an appointment at the Department of Family and Children’s Services. His plea was direct, “We got to get some children for Willie Mae before she goes crazy or leaves me one,” he implored of the social worker.

And they did get foster children, a total of 44. “I still hear from some of those children,” Willie Mae offered. The noise of children filled their home as a stream of children lived with them and moved on. The children were local and from other counties as well. Howard and Willie Mae adopted six of their foster children, four boys and two girls. When her sister-in-law died they took in her five children. At age 79 Willie Mae still had five children in her home. Today Howard has passed away, but there are seven grandchildren and three great- grandchildren in Willie Mae’s life.

Howard Weaver was a great support in raising all of the children. “He was a firm disciplinarian, but the children were crazy about him,” Willie Mae explained.

Willie Mae’s life has been dedicated to children. She was an elementary teacher at the Black Tri City School and later Tate Elementary and Head Start.  Altogether Willie Mae taught for 30 years.

The Black communities in Tate and Jasper have dwindled.  Smokey Hollow still exists but today there are less than a half dozen homes. The county’s Black population was 4.6 percent in 1860 and peaked at a high of 8.2 percent in 1930, at the height of marble production. Today the percentage is 1.1 percent. By comparison, according to the US Census Bureau the United States is 12.3 percent Black and Georgia is 30.5 percent Black. There are a number of interracial couples in the county. In the 2010 census, 1.2 percent of the county’s residents listed themselves as “two or more races.” Combine the Black percentage and mixed race and you get 2.3 percent for Pickens County. In the 2010 Census the Hispanic population, at 2.8 percent, surpassed the Black/mixed race population for the first time.

Beginning with the declines in the marble industry, families have moved away seeking work in more urban areas.  Some went North, but most to Atlanta. Those that I have met from areas like Canton continue to feel a fondness for Pickens County. Several families that live in the Canton/Marietta area still return to Tate for church. Resident or former resident, Black members of the community, past and present, have made and still make important contributions to this place.

It has been a real pleasure to meet and work with the Black residents of Pickens County.  Doing this history has been enjoyable work.  I intend to continue researching and enjoying my new friends.

While this is the last article in the series Black History in Pickens County, research and interviews will continue. Comments, feedback and new information are welcome. You may contact Dr. Thompson at 706-633-3865 or tjthomps@tds.net. Her website is www.kathy thompsonbooks.com