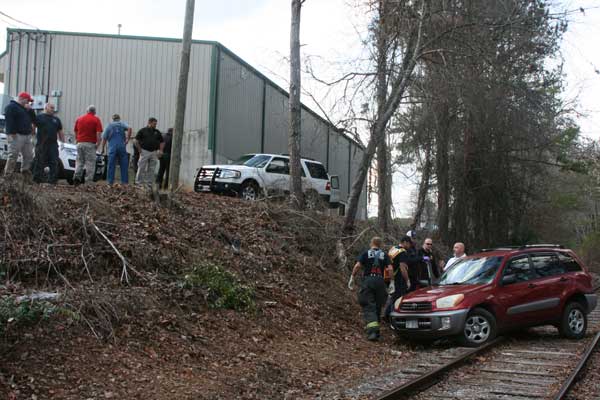 Wednesday afternoon crews were working to get a vehicle off the railroad tracks near the Pickens Medical Supply Building on Church Street. The crews had alerted the train operators of the vehicle on the tracks and no trains appeared to be in near vicinity.

The vehicle apparently rolled onto the tracks even though the driver and a first responder confirmed the vehicle remained in park. An elderly passenger was in the car and was shaken but not seriously injured.