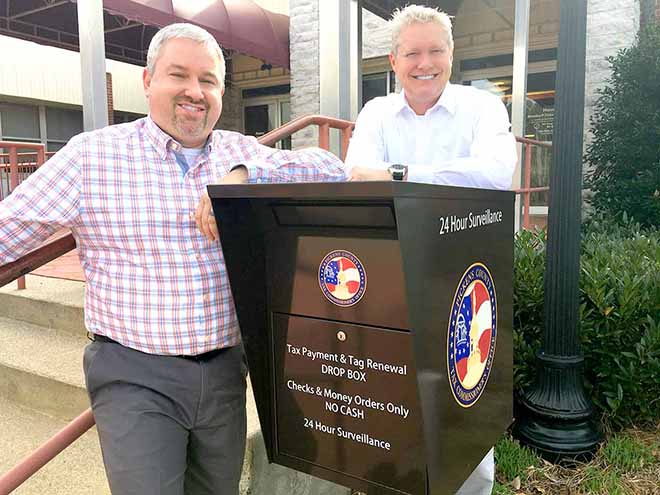 In an effort to provide an extra level of convenience, the Pickens County government has installed a drop box outside their main office for after-hours tax payments.

Pickens County Tax Commissioner Darrin Satterfield said the move was made in response to high demand from the public.

“I’ve been working in this office for 10 years and we have had so many requests,” Satterfield said. “This way during hours we are closed, including holidays or days we are closed a half day, people can drop them off at their convenience. Most counties already have this as an option and we thought it was way past due.”

Residents can drop tag renewals and property tax payments in the box, located at the front of the Pickens County Administration building. Cash is not accepted through the drop box. Unlike when making tax payments by PayPal via a toll-free number or on the tax commissioner’s website, there is no service fee for using the drop box. Please include the dollar mail fee for tag renewals when making payments.

“We’ve also got it under surveillance and have added light to make it secure,” Satterfield said.

The Pickens County Administration Building is located at 1266 E. Church Street, Jasper, Ga. 30143. The Tax Commissioner’s Office can be reached at 706-253-8882. Visit them online at www.pickenscountygatax.com.