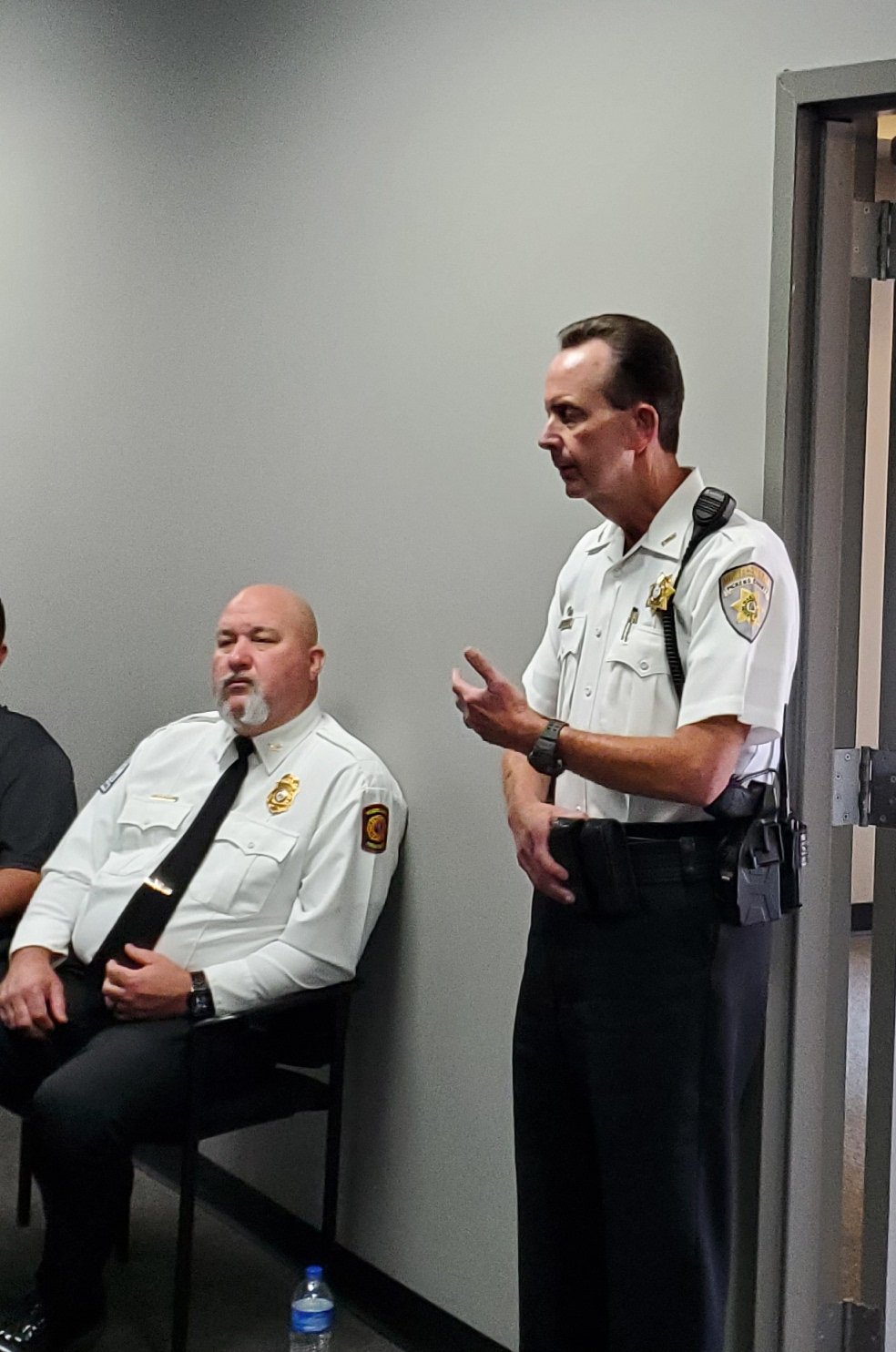 ﻿            Tax Commissioner Daniel Reeves reported Thursday that tax bills (county and schools, which are combined on same sheet) are available online and will be in the mail this week.

Reeves said the state Department of Revenue has approved their work for the year allowing them to the get bills out. In after-meeting comments, Reeves said they were pretty well on schedule for the 2022 bills. The due date will be November 17 —  60 days from the date they  go in the mail. They had hoped for November 15 as due date, but hit it pretty close.

He said this year had been a little challenging as the state is going strictly to digital uploads, replacing the old way where county tax offiers assembled paper documents and drove them to Atlanta.

Reeves told the commissioners they received excellent cooperation and work from all parties concerned, including the assessors office and the municipalities.

Bills are available for payment at any time at pickensgatax.com.

We’re moving from a county marshal to a marshal’s office, says Stancil

Before the work session to present a larger role of the marshal ended Thursday, Commissioner Josh Tippens commented they expanded his role even more than when the meeting began.

Presenting the plans to increase the visibility and duties of the marshal, County Administrator Bill Wood said ultimately the need and numbers will drive how big the role/staff/office of marshal grows.

But, based on Wood’s presentation and comments from Commission Chair Kris Stancil, they see a substantial expansion.

Since hiring experienced law enforcement officer Michael Carswell last year, the county has seen numerous additional things he could do, but as Carswell and Stancil both explained he had been going in so many directions they needed to both expand and re-define the role.

Wood said they gathered what they fel the best practices from other counties and combined them to  further empower the marshal and clarify his role.

At its most simple, the marshal is charged with enforcing county codes, which could range from littering to dealing with building issues, to animal control, illegal burns, and even internal affair investigations.

Clarifying the position after the meeting, Stancil explained the county currently has a chief marshal and an animal control officer (technically a civilian employee) who will work under the marshal’s office. They will add a deputy marshal eventually through attrition from another department to insure they don’t increase overall county personnel, Stancil said.

It was explained that the marshal and deputy would both have the proper certification and authority to act as law enforcement personnel, issuing citations with arrest power.

Speaking at the meeting, Fire Chief Tim Prather said this is sorely needed as currently when his firefighters arrive at an illegal burn, they can ask someone to put it out but lack authority to do more. He described having a marshal engaged with illegal burns as providing an enforcement arm, which he added has not been needed often as most people are cooperative but is really needed when they run into someone who is not.

Speaking of the larger role, Stancil said, “This takes us from a marshal to a marshal’s office.”

In other business from the work session and meeting:

• Public Works director Kirk Anderson reported work on Grandview Road is progressing well. He said using the original base made from creek stones, but crushing it up further will produce “one of the best roads in the county.”

• Chief Tax Appraiser Roy Dobbs reported that the significant upgrade to the county’s qPublic online property information, known as Lidar, is here. The new system greatly enhances the details on the topographical maps and aerial images. Dobbs said it takes a little work for users to learn  all the latest features. In an after-meeting demonstration, he showed how the fine close-up features on the topo maps may work well initially on smaller plots but will bog down on larger tracts. He suggested experiment with the scale feature which can be found on the map display.

• The county is adding to their beer and wine codes a section to allow event venues to have a license to serve. Previously they had to work through a caterer with a license. This will also make it clear who is responsible at an event.

•The county’s recycling center has struck a deal with a nearby recycling company (Green Waves Recycling of Gainesville) to use the county’s baling equipment which should increase volume and revenue here.  In later comments, Stancil said this shouldn’t increase workload, as the other company will handle transportation and shorting. They are a new company and need a bailer to expand  so the partnership should work well for both of us, Stancil said.

• It was announced that Kevin Moss had resigned from the planning and development board. He is being replaced by Kevin Ward, who like Moss lives in the west end of the county. Ward runs a popular barbecue restaurant in the metro area.

Stancil said Moss told him that he didn’t have enough time to devote to the planning and development cases while running a busy paving company.