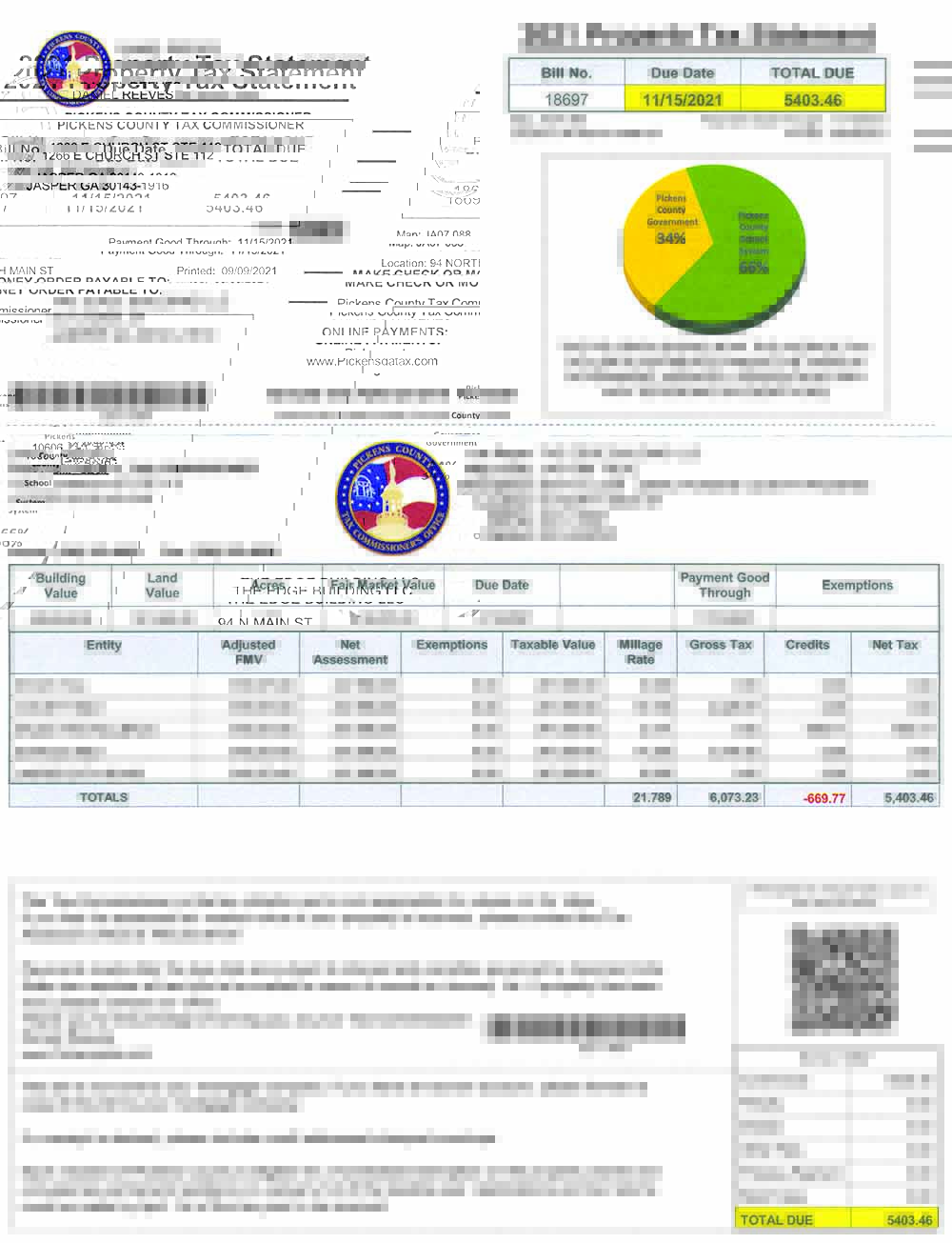 County tax bills out and on time

In the first year of his first full term, Tax Commissioner Daniel Reeves has done something that hasn’t happened here since before 2000 – delivered tax bills to property owners on time.

Reeves took over the final year of his predecessor’s term in 2019, so technically this is his second year in charge of the almost 22,000 bills now in the hands of taxpayers.

And while no one likely celebrates getting their tax bill at any time, it is a big deal for the county to get bills out on time.

The bills total $33,977,852 in revenue for the county government and school system combined. Taxpayers should note 66 percent goes to fund the schools and 34 to the county. Municipal tax bills will come separately.

The bills were mailed last week and should have reached property owners this week. They are due by November 15. Reeves explained that mailing in September with a mid-November due date is the standard around the state, but one that Pickens hadn’t met for decades.

“Absolutely it is good to get it out on time,” Reeves said. “It will be a benefit to the county.” He elaborated that it will give the county, school system and cities first grab at some grants; it means revenue coming in earlier which could reduce or prevent entirely borrowing to cover cash flow issues when bills are mailed late.

And for the taxpayers it means that bills are due well before Christmas. In the past, bills were generally mailed in October and fell due right at the holidays. In a few years tax bills were mailed late enough to have due dates in the next calendar year, meaning property owners got two tax bills in the same calendar year.

Reeves credited his staff’s dedication, prompt work from the tax assessor’s office and cooperation among the different governments holding hearings in a timely fashion and getting paperwork handled so that everything could be approved at the state level to allow the bills to be sent.

Everyone involved this year at all levels, “got us what we needed,” the tax commissioner said.

For anyone who has not received their bill, call the tax commissioner’s office at 706-253-8882 or find your bill online at www.pickensgatax.com.

The office has continued to expand online payment options. They now accept e-checks with flat fees, which means those with larger bills can avoid hefty credit card percentages added to their payments.

Tax bills have a QR code for scanning or you can log on to the website, www.pickensgatax.com to make payments. The website will also allow users to set reminders and offers more information.

Published in Slideshow, News and Uncategorized