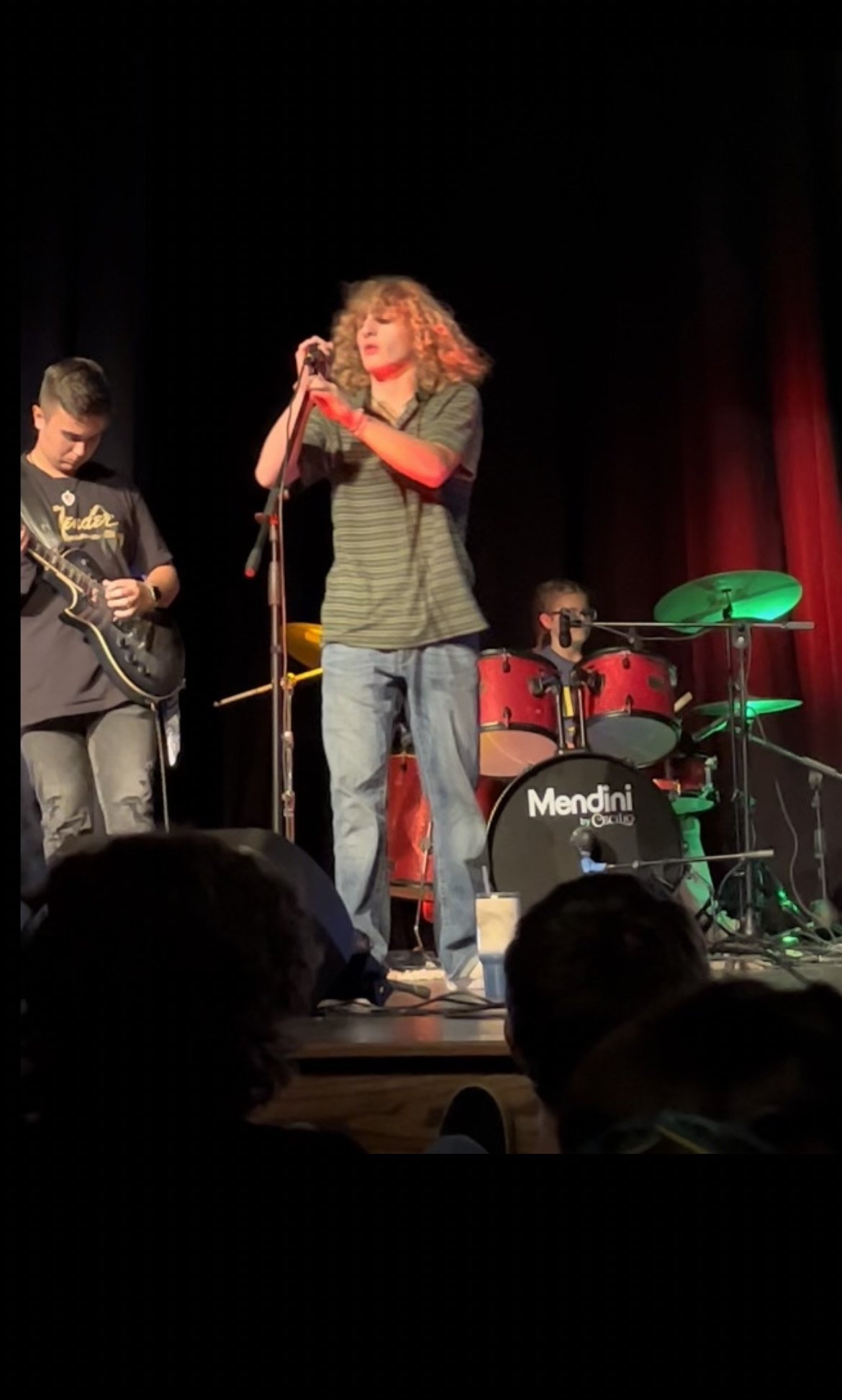 Brayden Godfrey, an articulate and personable young man, has been interested in music his entire life.  That interest, he explains, began with his mother “blasting” the likes of Michael Jackson and Guns ‘n’ Roses while in the car and extended itself to interactive games such as Guitar Hero.  That interest germinated for years until finally, a couple of years ago, Brayden purchased his first guitar.

According to Brayden, the guitar “stood like a decoration for months,” eventually leading him to an epiphany (while listening to Eddie Van Halen’s “Eruption”) that he must take lessons.  In addition to those lessons, Brayden also started voice lessons some three months ago.

The importance of voice lessons for this young man is to solidify technique and avoid straining his voice on covers of songs such as Synyrd’s “Simple Man” and Aerosmith’s “Dream On.”  It is evident in his performances that those lessons are paying off in a huge way, as Godfrey nailed pitch-perfect vocals and crescendo with his September 16 rendition of “Simple Man” to a crowd of enthusiastic peers who swayed screen-lit cell phones in the air as if at a concert they paid hundreds of dollars to attend.

For Brayden, that is the gist of performance.  “Nothing feels better than people taking time to watch (and listen to) what you’ve practiced, especially if they like you.  It is by far better than anything I’ve experienced.”  He keeps those experiences rolling with guitar and vocal stints in cover bands such as Sunset Strip, an 80’s rock tribute group, and Rusted, a band replicating the grunge era.   This gives him an outlet for his exceptional talent and a connection to his greatest influences: Eddie Van Halen, Jimmy Hendrix, Mick Mars, Jerry Cantrell, Alice in Chains, Creed, Staind, and Shinedown.

As for the future, Godfrey says that he doesn’t know if music will become his primary career, but he would like it if it did.  Keeping grounded, he states that he has considered attending Kennesaw State University to study civil engineering while continuing his aspiration as a musician as a sideline.

Whatever the future holds for Brayden Godfrey, one thing is certain.  He has made a positive impression on his peers and the faculty at Pickens High School, and he currently stands in the limelight as one of the school’s golden examples of exemplary youth.