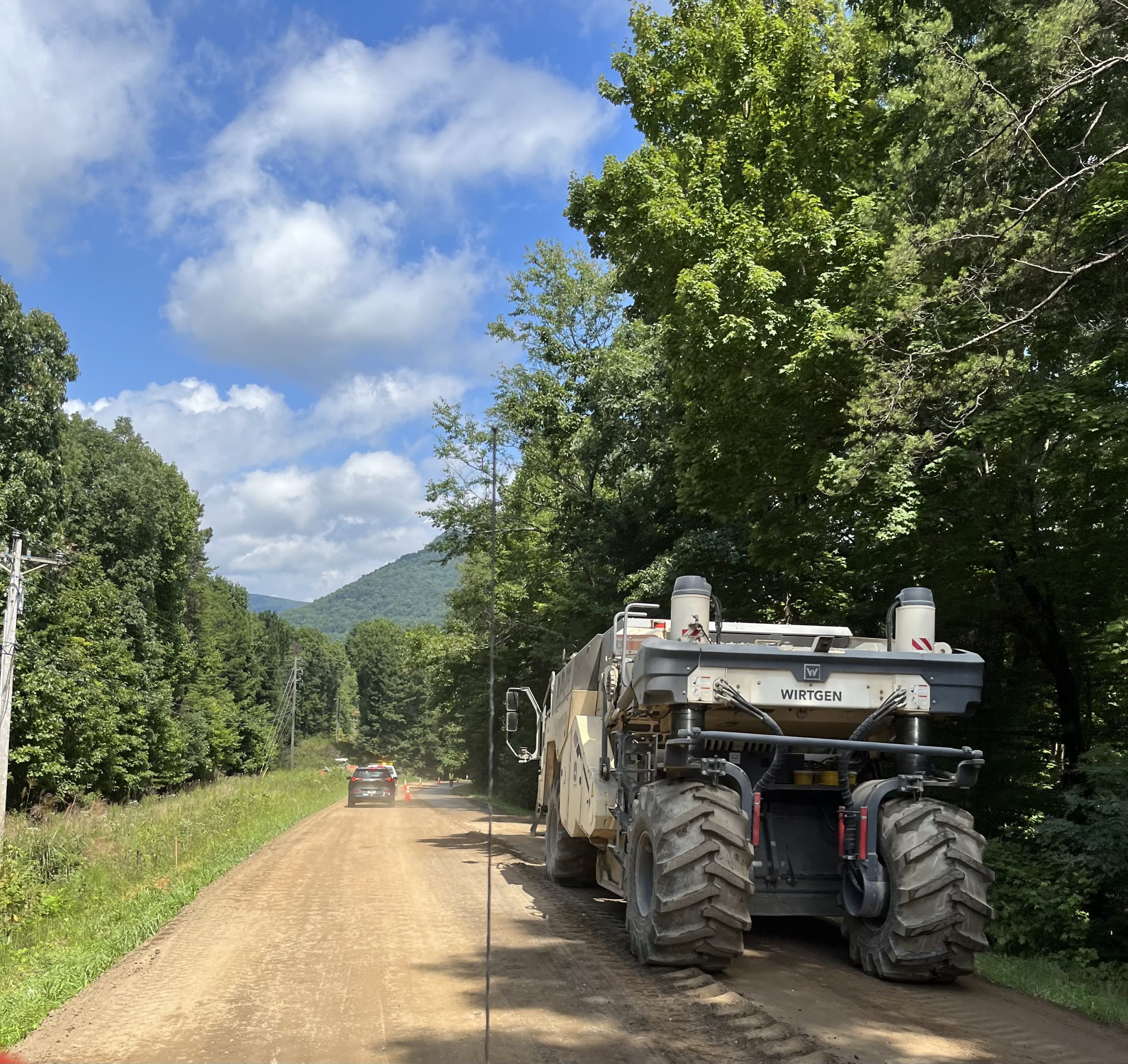 Big equipment at work milling down Grandview Road to create a new base, which should allow pavement to hold together better in the future. Paving will follow quickly with the work wrapped up in about a week and a half.

Grandview Road project slower but should last “much, much longer” than standard re-surfacing

Contractors working on the “full depth reclamation” of Grandview Road are on schedule and could be complete in another week and a half, Commission Chair Kris Stancil said Monday.

The five-mile-long road, which serves the back gate to Bent Tree and both the Young Life and Salvation Army camps has been a perpetual source of problems for more than a decade with previous work seeming to develop potholes on one end before crews even finish the other.

According to the commission chair, the road’s base has never been addressed, nor was the road ever expected to handle the traffic it now does. A full depth reclamation will remove all old asphalt layers and start over again at the base.

With this type of work, the old asphalt is ground down to the gravel/dirt below, then the millings are mixed with new base, spread back onto the route and packed firm before paving. It should create something “that we hope will last forever,” Stancil said. Recognizing that forever was a stretch, Stancil corrected to it should last “much, much longer than regular resurfacing.”

The milling and base preparations are slower than the paving so the contractor gives that crew a few days headstart. The paving crew will start later this week, weather depending, and then proceed right behind the milling.

“I say in a week and half, that’s the ballpark [for completion],” Stancil said. “But it’s weather dependent and the weather is looking good, so they could have it. Optimistically.”

While in the area the crews will also pave Old Grandview.

After that they will go back to Cove Road to address to address any settling or dips in earlier patchwork they did. Cove Road will be re-surfaced entirely next year.  Stancil said, “It will look like a checkerboard this year but it was too expensive to do both [Grandview and Cove] in the same year.”