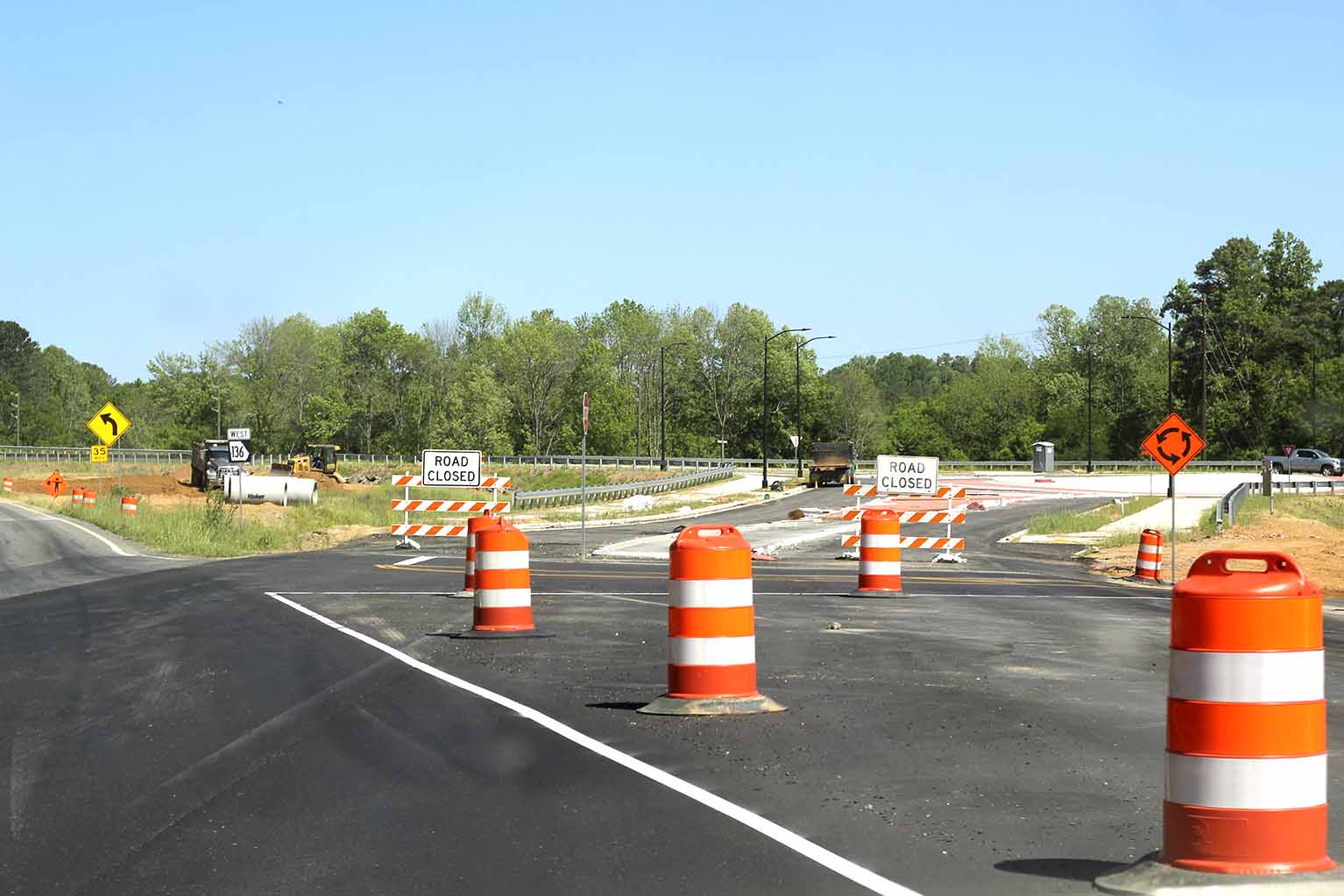 [Note: This article has been edited from the original version, which stated that it was the roundabout at the intersection of Hwy. 136 and Ellijay Road near Highway 515 that had the opening day delayed briefly. In fact, it is the roundabout at the intersection of Highway 136 and the Highway 136 Connector that was slated to open last weekend but the will not open for two to three more weeks. The Georgia Department of Transportation provided the original information, which they have since said was incorrect.]

A new roundabout off Highway 136 at the Highway 136 Connector intersection that was slated to open last Saturday has been delayed a few weeks due to supply chain issues.

The roundabout is part of a large Georgia Department of Transportation project that spans nearly three miles from that intersection to the intersection of Highway 136 and the Highway 136 Connector (near Bart’s Bait N’ Tackle).

Joe Schulman, GDOT District 6 Communications Officer, said contractors are waiting for concrete that will be used for the truck skirt, which is a sloped curb around the center island that allows tractor trailers and larger vehicles with wide turning radiuses to navigate the circle. Shulman anticipates the concrete will arrive within two to three weeks.

“And after that comes in the roundabout project should be completed very quickly,” he said.

The other portions of the project include a second roundabout at the intersection of Highway 136 and Ellijay Road near Highway 515, and resurfacing the 2.7 mile stretch of roadway between the two roundabouts. Paving is now underway, and motorists can anticipate periodic lane closures along Highway 136.

The entire project is expected to be completed by this fall. Construction cost is approximately $16.75 million.