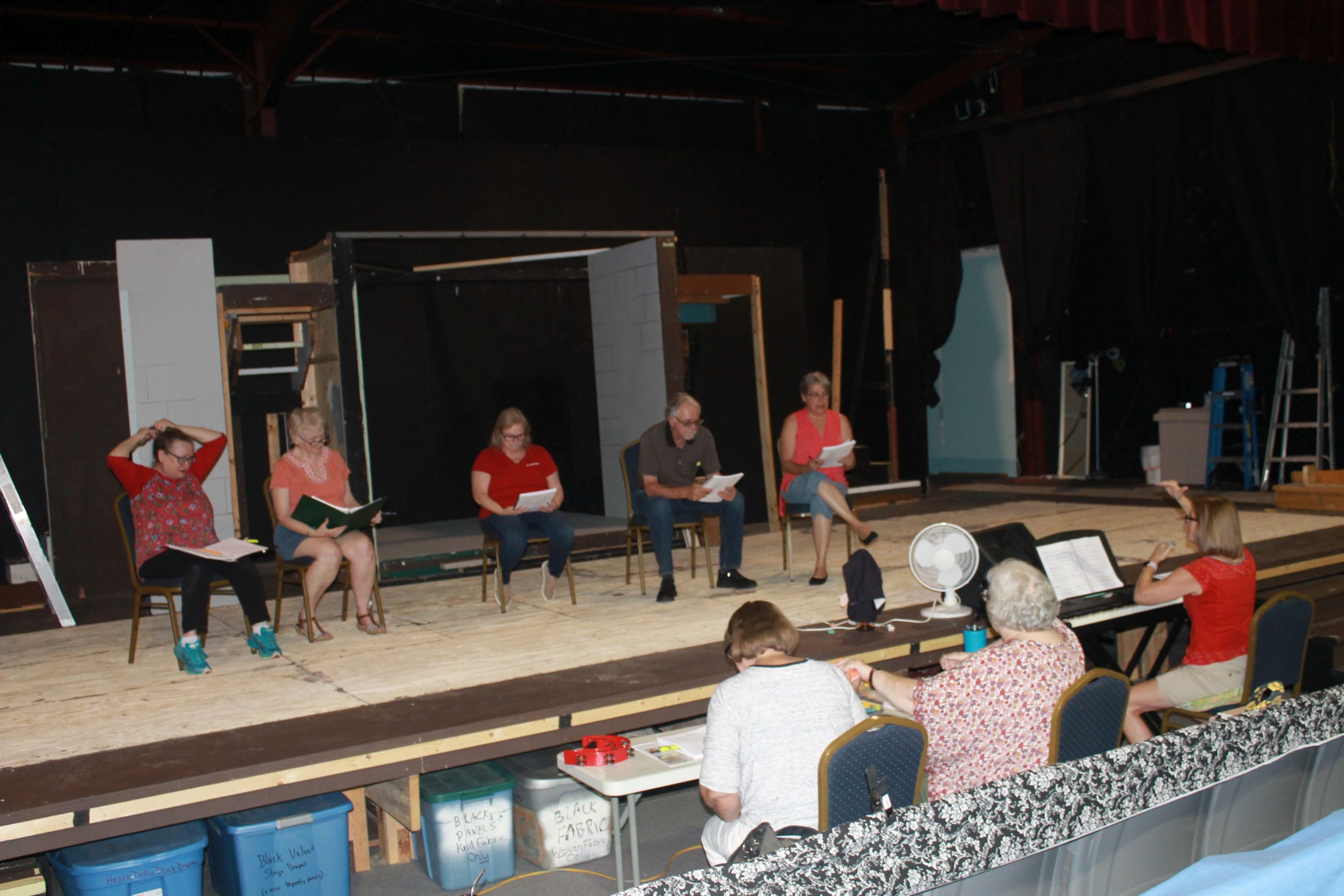 “I Could Have Gone to Nashville,” but show will be on Tater Patch stage in September

﻿            After far too long a wait and various setbacks, Tater Patch Players is bringing you a new show.  Not just a show —  a musical. It’s called Nunsense: Jamboree! Make plans to see zany, “Laugh-In” style comedy as Sister “Mary Amnesia” takes her second country album, “I Could Have Gone to Nashville” on a whirlwind promotional tour.           And it all kicks off at Tater Patch Players, at 95 Philadelphia Lane, right here in little old Jasper, opening September 30. Come see Nunsense Jamboree by Dan Goggin.

If you saw our production of Nunsense back in 2015, you’ll remember the remarkable Little Sisters of Hoboken. They’re back and they have further and zanier adventures. Sister Mary Paul (who used to be referred to as Mary Amnesia) has her memory back. And what she remembers best is all those great country music classics she grew up with. Mother Superior got her a recording contract and her career blossomed. Now she’s about to release an album and that means taking her show on the road for a preview. What better way than through an old-fashioned Jamboree and some great songs. Patsy Cline would be so jealous.

Let us tell you that it doesn’t matter at all if you saw the previous Nunsense. This is a completely separate show, with just a few characters carrying over.

You’ll quickly get to know them: Sister Mary Paul, Mary Leo and Robert Anne. These three are joined by two new characters: Mary Leo’s brother, who’s also a Father, and Sister Mary Wilhelm.                    The show is being co-directed by Audrey Kirsten and Jan Simpson, and the music director is Susan Gooch, who was last at Tater Patch as Antonia in Man of La Mancha.   The cast are all experienced and are already polishing up their roles in rehearsal. Mary Paul is played by Nancy Loy, Mary Leo by Phyllis Zerkle, Mary Robert by Deb Grecol, Mary Wilhelm by Suellen Reitz and Father Virgil Manly Trott by Alex Nawrocki. Your favorite puppet nun, Sister Mary Annette will make an appearance too.

As opening night approaches, we will tell you more about the cast and crew. Tickets are on sale now online at www.taterpatchplayers.org/buy-tickets.