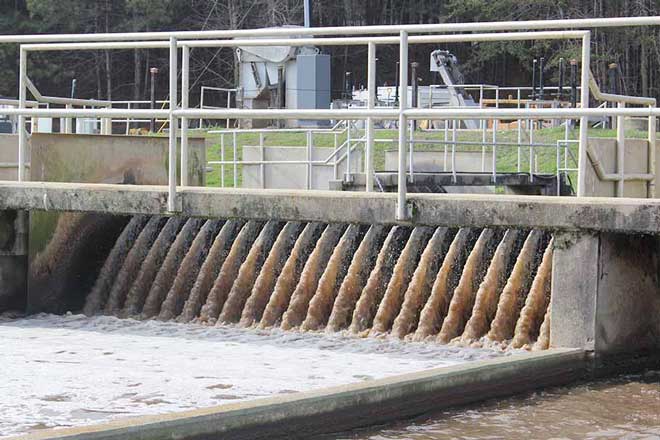 Sewage will dictate growth but up-front costs a major

Sewage flows into Jasper’s wastewater plant on Montview Drive. The plant can handle 800,000 gallons a day but growth will require expansion.

Jasper’s longtime mayor and longtime water/wastewater superintendent took slightly different views of the city’s sewage position in an interview last week while providing a tour of the city’s infrastructure.

Water Superintendent David Hall explained the differing opinions come from him being a pessimist and Jasper Mayor John Weaver being an optimist.

The city officials agreed that Jasper is at a “crossroads,” with both water and sewage at or near capacity. And both men agree strongly that water and sewage availability will dictate growth potential for the future.