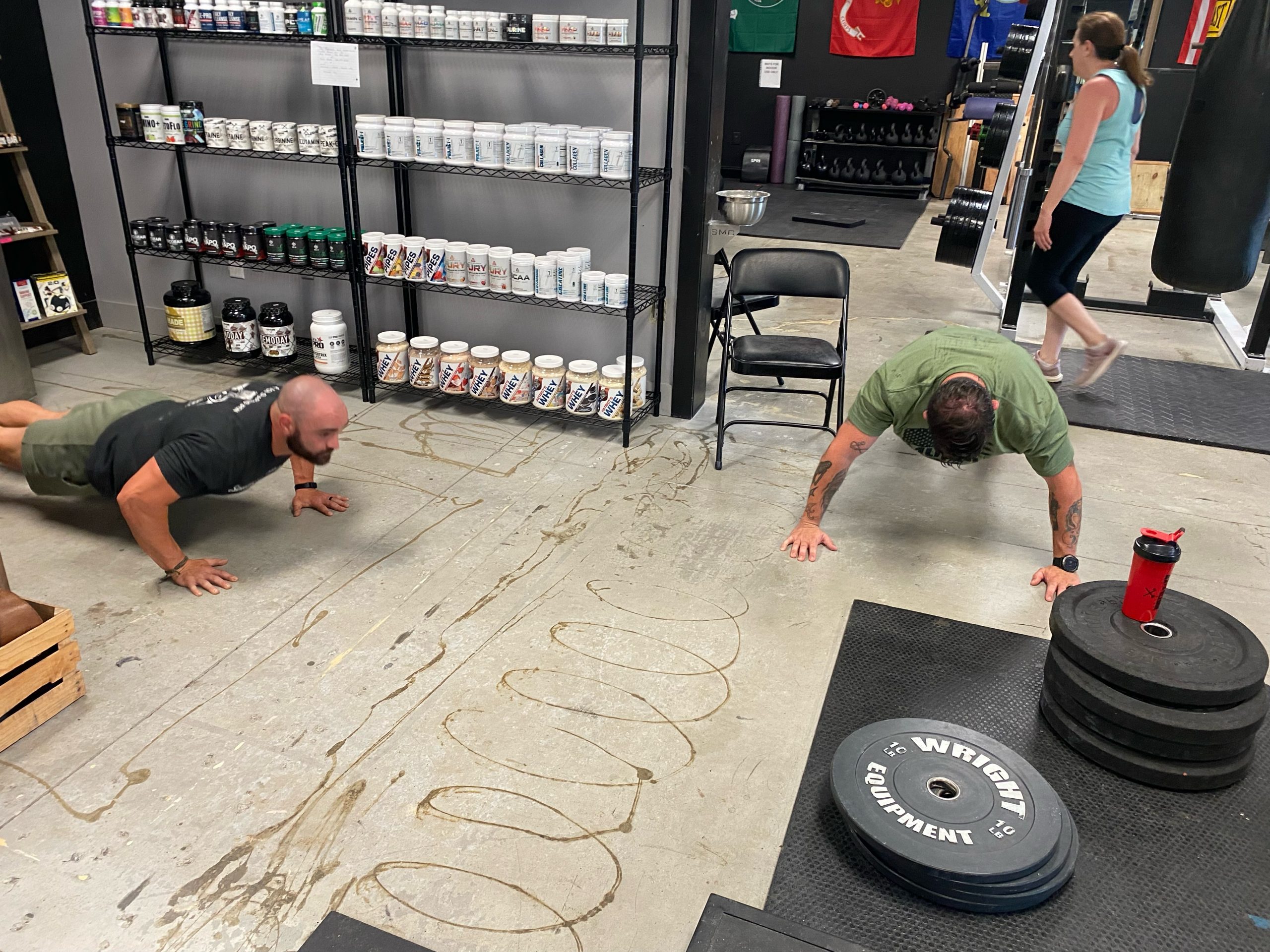 It wasn’t a typo like I’d thought. Southern Muscle Company Trainer Jennifer Clayton confirmed that participants in their first Murph Challenge completed what seemed to me like an impossible feat – 100 pullups, 200 pushups and 300 squats, back-to-back. These in addition to a one mile run both before and after.

The series of impressive physical challenges was part of the Southern Muscle Company’s first “Murph Challenge,” an event gyms across the country hold to honor Navy SEAL Michael P. Murphy who was killed in Afghanistan by the Taliban in 2005. After he joined the Navy, Lt. Murphy developed his own CrossFit-style workout called “BodyArmor,” which involved doing a variety of workouts in a weighted vest. It became a popular workout routine with SEALS after his death, and later came to be known as “The Murph.”

The Southern Muscle Company in Jasper hosted the special challenge to honor Lt. Murphy and “other veterans who have made the ultimate sacrifice for our country,” said Southern Muscle Company Marketing Director and Murph participant Taree Darby. “Many people joined us Monday morning and dedicated their time to honoring those who have fallen. Most of us have someone special who we ‘Murph’ for, and we absolutely love sharing this challenge with our community.”

There were eight participants who completed the full Murph Challenge at the local gym, and four who completed a modified half-Murph challenge. Jennifer Clayton, a trainer at Southern Muscle Company, said the average completion time was between 50 and 70 minutes. One participant completed in under an hour, and one also performed the challenge in a weighted vest.

“It went so well,” Clayton said.

Money raised from the event will go to support Top Dogg K-9 foundation, which rescues, trains and pairs K-9s with a disabled veterans.

The local gym plans to host the event again next year and in the future.