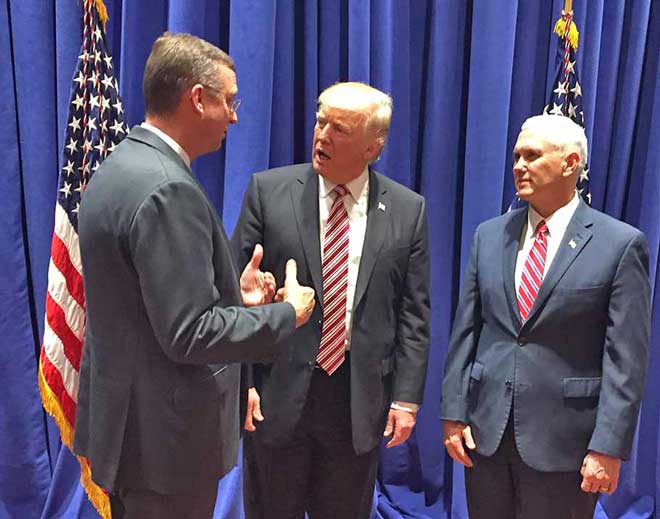 U.S. House members who represent Pickens County expressed confidence that President Donald Trump is off to a great start and that there is a newfound hope in Washington during telephone interviews last Thursday.

“I have never been as excited as I have been the last few months since I was sworn in [in 2010],” said Congressman Tom Graves, a Republican from Ranger who represents the west half of Pickens County as part of his 14th district.

See full story, which includes discussion of specific issues from each congressman in this week’s print or online editions.