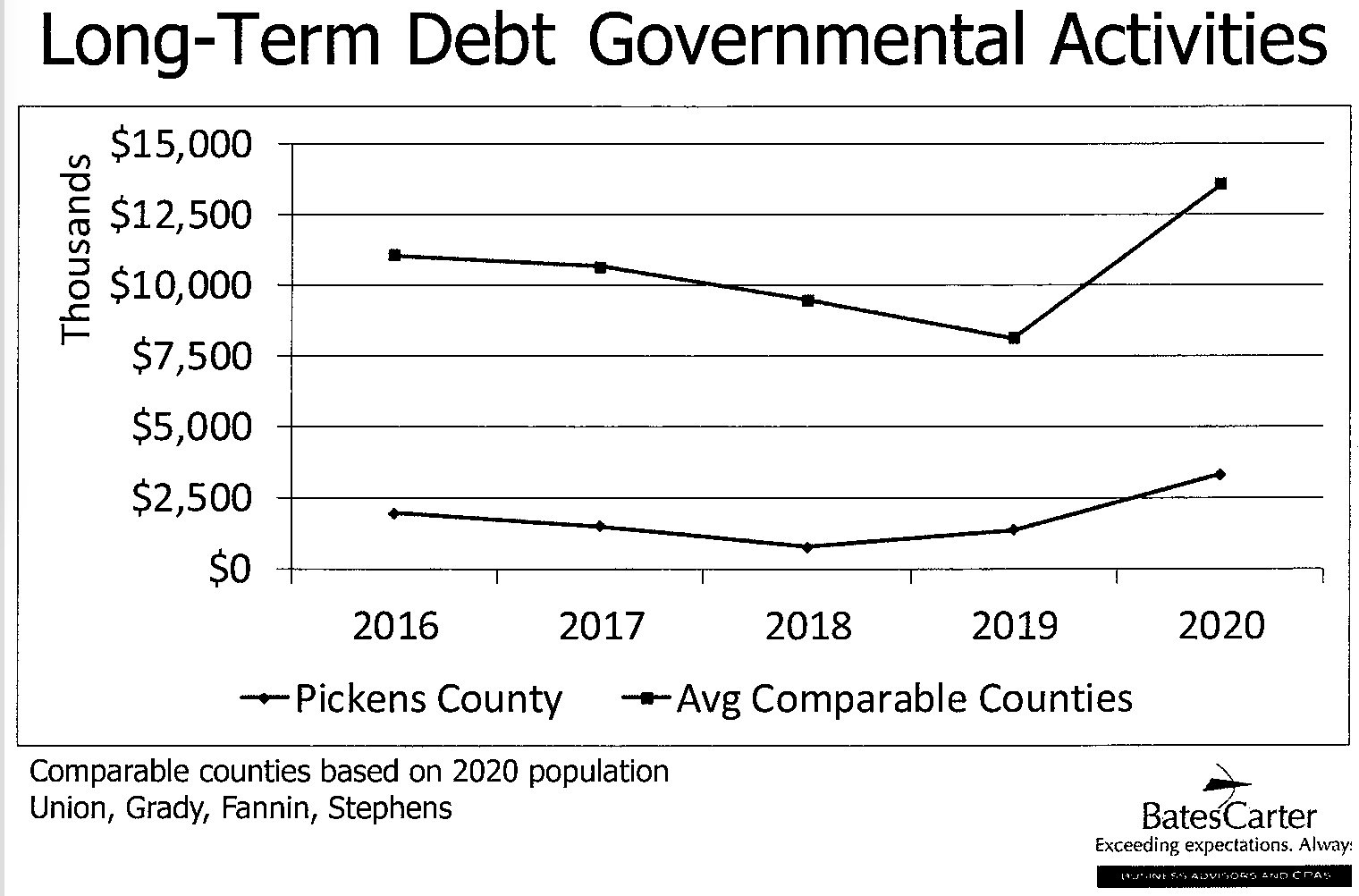 By Angela Reinhardt on September 8, 2021

Highlights from audit presented to board

When compared to similar counties, Pickens’ long-term debt is significantly lower, according to an audit presentation at last week’s regular board of commissioners meeting on Thursday, Sept. 2.

Amanda Wilkson of Bates, Carter & Co. applauded county leadership for being fiscally responsible, with long-term debt now at approximately $3.4 million. A graph included in the audit summary showed comparable counties with around four times that amount of long-term debt.

Other highlights from the audit include:

•Overall revenues increased $4.7 million, or 17 percent, from previous year. This is attributed in part to a $2 million increase in taxes including: Property tax up by $532,000, which coupled with a lower millage rate indicates strong growth in the county; an increase in Title Ad Valorem Tax (TAVT) revenues of $443,000 due to changes in the way those taxes are distributed to state and local governments; an increase in sales tax of $602,000, or 16 percent, which also indicates growth, Wilkson said; and an insurance tax premium increase of $102,000.

•Expenditures increased by $1.8 million, or 6 percent, over last fiscal year, which Wilkson noted is less than revenue growth of 17 percent. Expenditures were below final budget by $2.7 million including: salaries and wages, $446,000 under planned budgeted amounts; capital outlay costs were $309,000 under budget due to less being spent on purchases related to the recycling center.

•$6.9 million in SPLOST revenue was spent on various projects, mostly for road improvements and public safety.