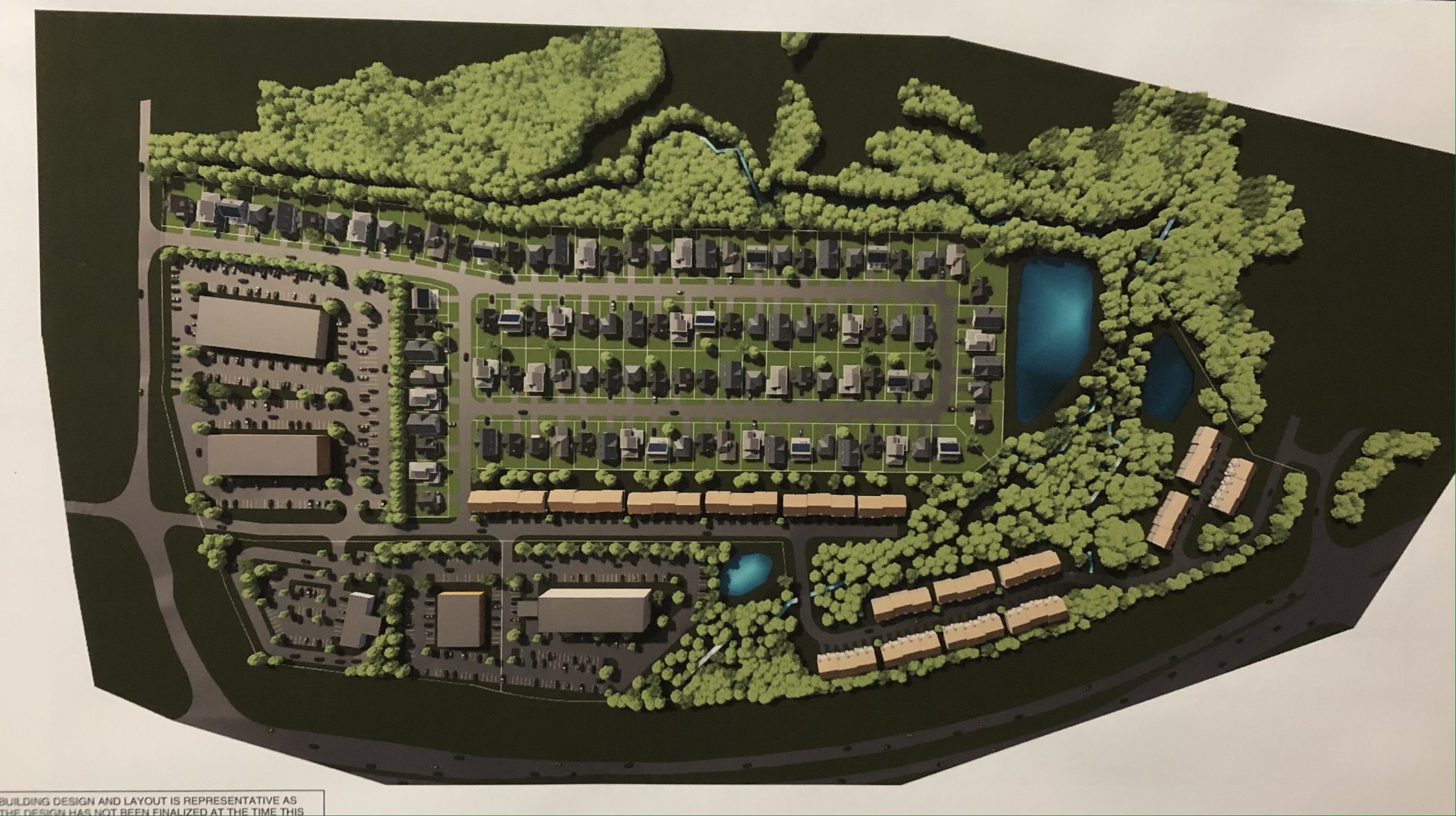 Plans for a multi-use retail and commercial development were presented at the first of two public hearings for the project, which is at the corner of Highway 515 and Philadelphia Road.

At a public hearing on Tuesday, Oct. 26, Jasper Planning & Zoning Commission voted 3-0 to recommend denial of a request to rezone over 50 acres at the corner of Highway 515 and Philadelphia Road from R-A and R-1 to a Planned Unit Development (PUD).

The proposed development is mixture of residential and commercial use including up to 199 townhomes and single-family homes, as well as space for a possible hotel, restaurants, grocery store, and other retail/commercial possibilities. Price point for the homes would be between $300,000 and $350,000.

This is the second time this parcel has been brought before the commission for rezoning consideration. Last month applicants proposed a 270-unit apartment and commercial mixed-use development. After receiving negative feedback and concerns from the public, developers tabled their request and brought a new proposal that nixed the apartments reduced the number of total number of homes and commercial space.

Numerous members of the public were in attendance at Tuesday’s hearing, with the majority speaking against the project, citing serious concerns about water and sewer infrastructure, increased traffic, inadequate police and fire protection, negative impact to quality of life, need for more affordable housing, and others – but there were a handful who spoke in favor of the project. Those in favor said the parcel is along the highway, which the city has long earmarked as a commercial development corridor, and that the project would bring new and much-needed amenities to the community. One member of an adjacent church said their congregation supported the development.

Planning & Zoning Chair John Sneve, and members Cassie Rasco and Tom Kleinberg all voted against recommending the rezoning. Members Joanna Kearns and Will Tate were not in attendance. In his introduction of the project to the commission, Jasper’s Development Manager Lonnie Waters said staff would recommend approval of the rezoning.

The city has imposed a moratorium on residential development, but this application is being considered because the process for rezoning began before the moratorium was put in place.