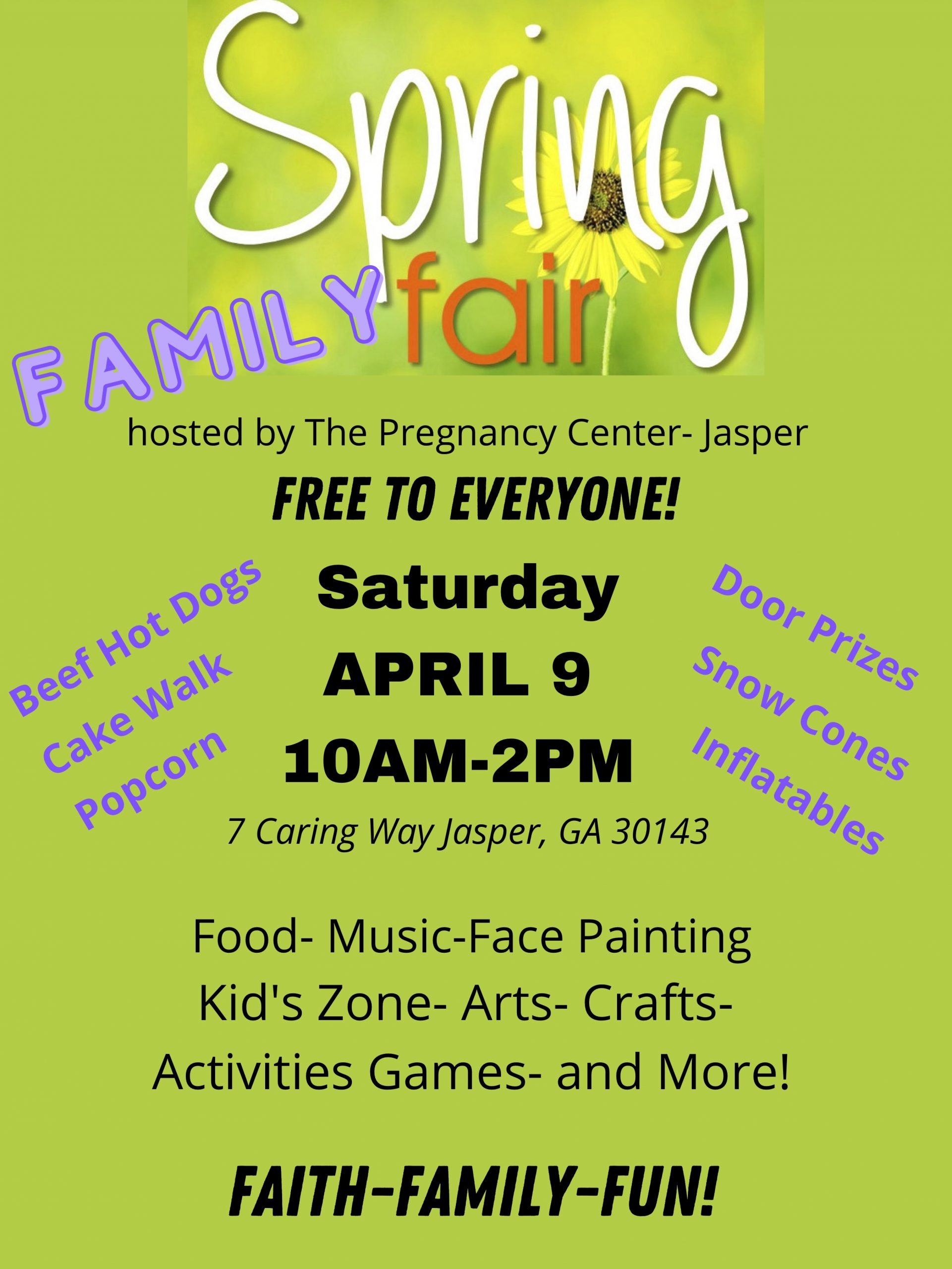 The Pregnancy Center will be hosting a Spring Family Fair this Saturday, April 9 from 10 a.m. to 2 p.m.

Described as “our gift to the community,” by Communications Director Patti Johnson, the fair will host several activities and booths along with tours of the center itself. Attendees will have access to a vintage fire truck, a Sheriff’s Office command vehicle, therapeutic art, and a variety of foods and snacks.

While the center may be gifting the fair to the community, many people this reporter spoke with felt the center itself was a gift, and it came to many when it was needed most.

The Pregnancy Center provides services to families (both moms and dads) ranging from pregnancy testing and counseling, to tangible goods and classes.

The last three months at the center have been record-setting, with 54 client visits in January, 74 in February, and 84 in March. Compare that to last year’s averages of 30-35 client visits per month and you can see the growth. “It’s just skyrocketed, the amount of people coming in,” said Pat Page, the center’s executive director.

According to Page, the center is filling a need that has always been present and will always be present. “As long as there’s people there’s going to be these needs,” she said, and the numbers and comments from clients show that those needs are being filled.

“It’s grown like crazy because the moms and dads in this community, if they’ve never had children they need help. We have young pregnant moms and we have moms in their 30s and 40s, so it’s not necessarily a lot of young high school-age girls.”

The center tries to equip each parent. According to Page, the question they ask is “What’s it going to take to bring this baby into the world and be a good parent?” and they move forward from there.

“When you talk to our current clients, everybody has a past, everybody has something in their life that has made them who they are today. A lot of them grew up struggling, maybe didn’t know one or both of their parents or maybe they just grew up and had a lot of disappointments and hurts along the way,” said Page when asked about the average client.

“It’s interesting because many people will say ‘I don’t want to be that person, I want to be a responsible parent,’ and then others say ‘I didn’t have a good role model, I’m just a victim,’ so we try to bring them out of that pit, out of that mentality, and we try to equip them with the tools that they need to stop that generational cycle.”

She described poverty, drugs, and co-dependency as the main culprits holding people back and that “band-aids” are not enough. A program like the Pregnancy Center needs to take the time to see where someone derailed. “A lot of times something really significant happened,” she pointed out.

After this reporter’s interviews and chats at the Pregnancy Center this week, the center might be better described as a family resource center. There is as much material and work done on boundaries and relationships as pregnancy, but in the end the question “How can we help?” was asked each time.

Near the end of our chat Page let out a small warning that highlighted the need a community has for a program like hers. “I have not yet met one single mom that’s living the dream. It’s tough. It’s a hard life out there,” she said as a matter-of-fact, but this weekend is for fun at the Spring Family Fair.