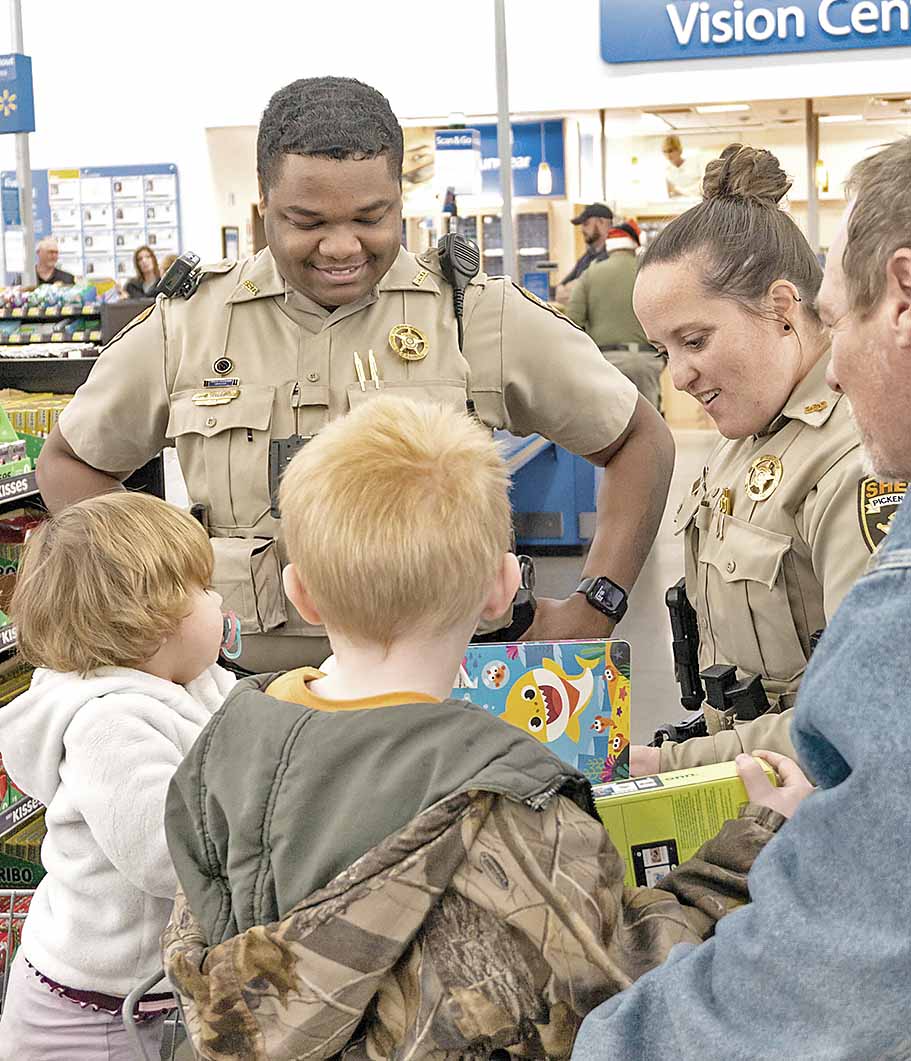 Christmas Cheer - Deputies Brandon Tyler and Kalin England talk toys with a couple of young shoppers. These were among the 165 kids who got the special outings.

Shop with a Hero, a classic Christmas giving tale

This program had been previously known as Shop with a Cop and used only deputies, but was expanded this year. Sheriff Donnie Craig said they appreciated all the support from the other agencies and folks in the community who make the event possible.

“I tell folks that those of us who get to go shopping with these kids get a whole lot out of it,” he said. “It just makes you feel good to see these kids who may not have had the opportunity to shop like this before and then some of them go and start buying stuff for other family members and to help their parents.”

The sheriff’s said watching the excitement of the kids touches both the heroes shopping with them but also other shoppers, including one lady who made a donation and then came back later and made another sizeable donation, tearfully saying she wanted to help as well.

“It’s very humbling,” said the sheriff.  “It’s the whole community who makes this possible and makes you feel good about the small part we can play in these childrens’ lives.”

In response to several people thanking the county or sheriff’s office, Sheriff’s Public Information Officer Hannah Wise wanted to clarify that this is completely funded by the Sheriff’s Foundation, who raises all the funds for it through JeepFest, plus any outside donations

“It is entirely from the Sheriff’s Foundation,” Wise said. “None is from any tax dollars.” She added that some deputies contribute gifts for kids out of their pockets when they see a need that really moves them.