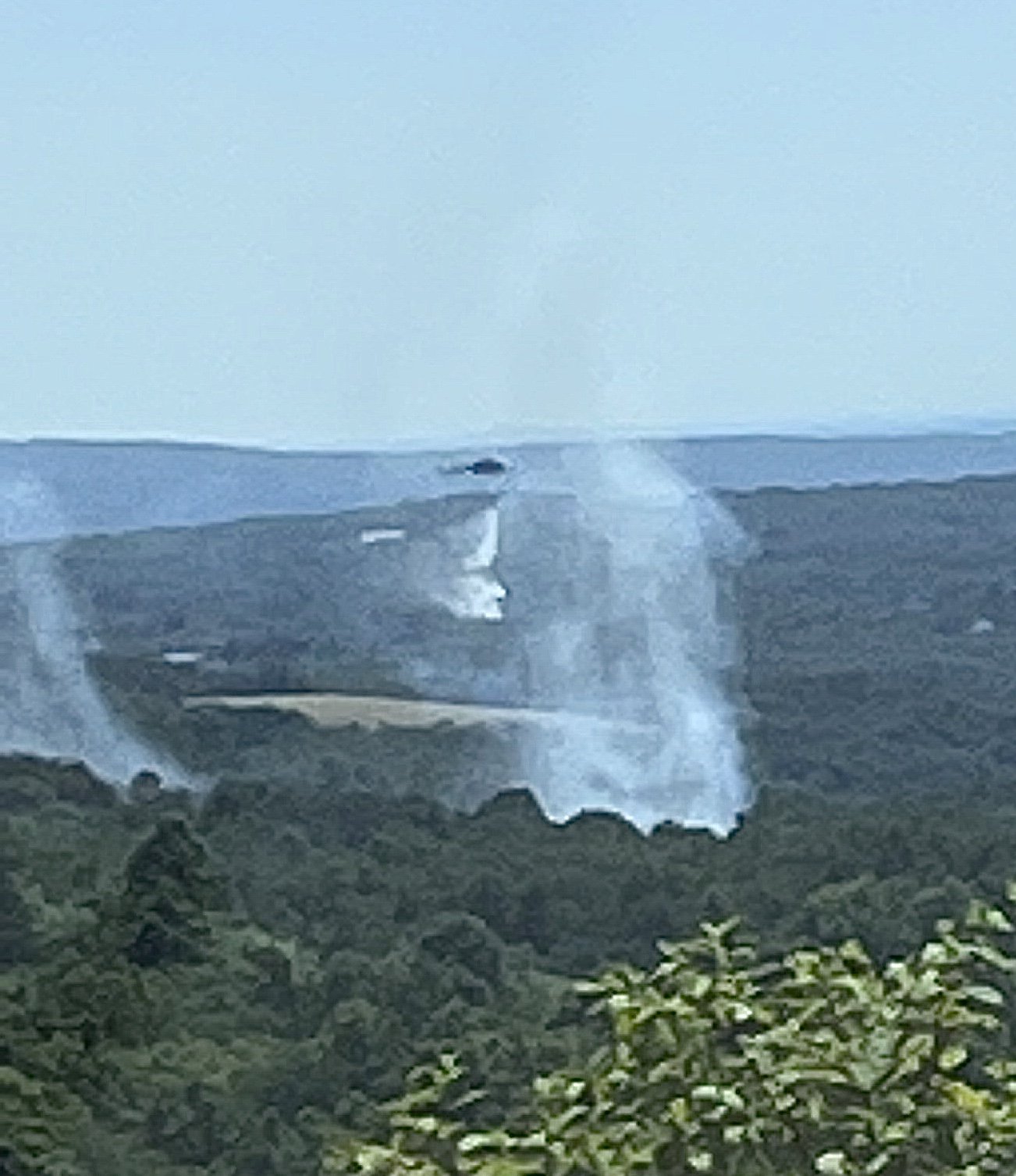 photo/Pickens Fire & Rescue A Georgia Forestry Commission helicopter dumps water onto a slow-moving fire in a remote, inaccessible area in west Pickens. This photo was taken from Firetower Road looking west towards the Jerusalem community.

Small brushfire in west Pickens continues to pop up, but “no need for alarm,” says chief

Tuesday at press time, fire crews were still dealing with a small, remote brushfire that broke out Sunday, June 19. The fire in the Sharp Mountain area was thought to be contained at times, but popped back up Monday and again Tuesday.

By Tuesday morning the Georgia Forestry Commission had been called for a second time. Winds picked up mid-afternoon and “pushed the fire some,” but Pickens Fire Chief Tim Prather stressed it was very slow moving and does not pose a threat. The impacted area is between 1-2 acres.

“People don’t need to be alarmed,” he said. “The problem is the terrain is steep; it’s hard to get equipment in there, but the big dogs are here and hope to get it out  today.”

He added that green vegetation helps keep the fire from spreading more quickly.

Crews were originally dispatched to the Henderson Mountain and Jerusalem Church Road area at approximately 1:30 p.m. June 19. Smoke could be seen, but crews were not able to locate the fire at first as it was “all in the wilderness” and “way off the beaten path.” The blaze was later pinpointed to Firetower Road near Sharp Mountain.

Pickens Fire & Rescue crews were not able to access the remote area with their equipment, so Georgia Forestry Commission was requested. Pickens crews provided assistance with their ATVs by transporting personnel and equipment.

It is suspected the fire is the result of an illegal burn. The Summer Open Burn Ban runs from May 1 through September 30 and includes 54 counties in Georgia including Pickens. The Open Burning Ban prohibits citizens and businesses from burning yard and land-clearing debris.