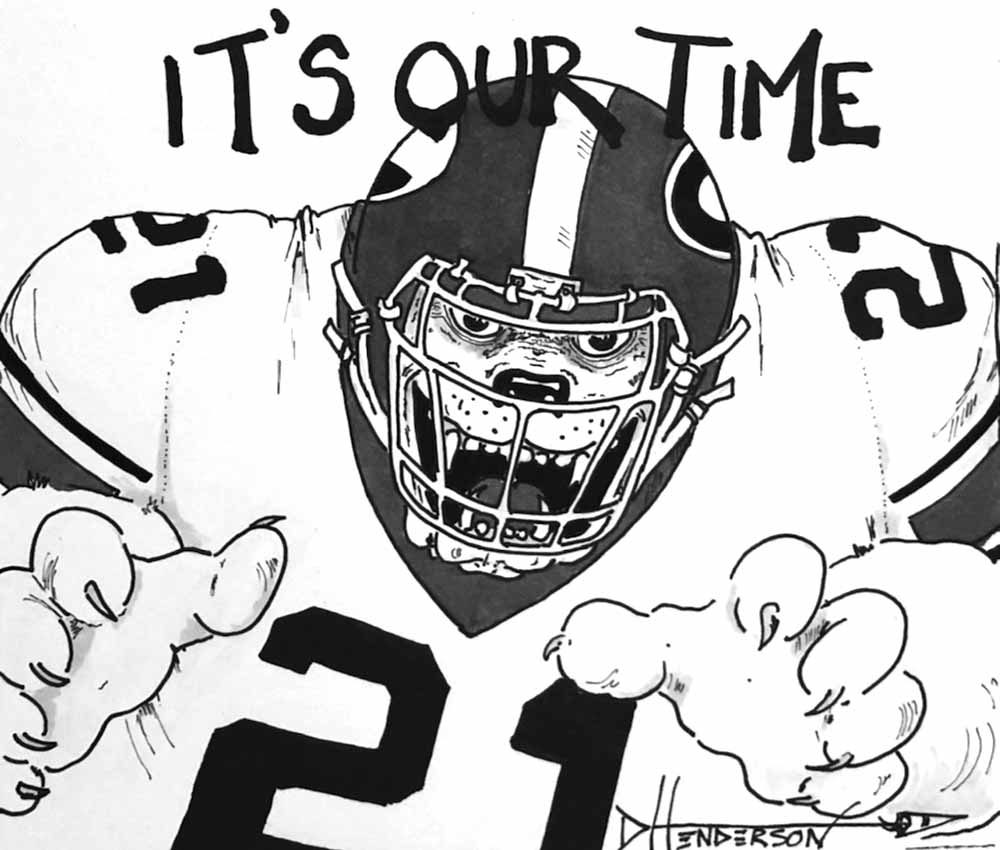 Needless to say I can hardly contain myself and perhaps this excitement is a bit over the top. Readers sometimes say that I sound like a “drunken SEC fan.” Well, I am a son of the south and a native of the “Empire State of the South” with magnolia trees and Cherokee roses growing around my shack. I hunt Bobwhite quail, bass fishing is a favorite pastime, and I remember using the bathroom under a live oak tree once.

At my age, I watched Bear Bryant’s last national championship, Hershel Walker and Bo Jackson’s entire careers, Steve Spurrier lead Florida to national prominence, “Fat” Phillip Fulmer knife Johnny Majors in the back, both the Manning boys sling touchdowns, and members of the Southeastern Conference win 11 of the last 15 national football championships. That winning percentage is 73.33 in championship games. (My old math teachers would be so proud.)

And Bama is number one, again. That fact is as exciting as heavily buttered and salted grits. No sugar please.

Naturally, I am anxious to see my favorite team the fifth ranked Georgia Bulldogs upset third ranked Clemson on Saturday night in Charlotte, North Carolina. In preparation for this blessed spectacle, my summer has been filled with chores, like all drunken SEC fans.

Although I am not drinking at the moment, there’s a dusty bottle of Old Crow Bourbon at the ready. Yeah, I’m aware that Ulysses Grant preferred that brand. However, southerners Jubal Early and Henry Clay did as well, and it is produced in Clermont, Kentucky.

For game day libations, a buddy bought four of my Whitehackle roosters and a pair of rose comb dominequers, so I purchased Milwaukee’s Best by the case and a dozen bottles of screw-top wine. There’s an old watering trough at the barn to ice ‘em down too.

A 73 percent winning percentage in championship games? Mercy, it may not be enough beer.

For outside entertaining on game days, several local businesses donated their scrap pallets which I used to build a gazebo. Complete with a bar and 75” television which I got in trade from another friend for a 351 Cleveland distributor… It has a three inch black line through the middle of the screen, but the picture is clear enough to see when it’s time for Nick Saban to color his hair again. Add multiple speakers for surround sound and my guests can almost understand what Ed Orgeron is saying in postgame interviews. Well, almost…

Of course, the lawn needed mowing badly because of all this rain and my busy schedule. No, there were no cars discovered in the 20 hour process, but I did finally locate my missing jon boat (perfect for frog gigging) and a vintage Suzuki three wheeler (only needs a new battery).

The strain of yard work was too much for my weedeater though. The shaft broke but thanks to JB Weld and a couple of hose clamps, it has been resurrected as a blender now. Perfect for the gazebo bar and/or tailgating on trips…

To say that my love of SEC teams is an obsession might be an understatement. The kids have a petting zoo filled with my afore mentioned game cocks, a lazy old hound who wouldn’t hardly chase anything except a stale biscuit, a baby alligator, a wild bobcat and an English bulldog. This dog is not descended from the beloved Uga line unfortunately, but his great, great, great, great grandmother was sniffed by Uga III and chastised rudely by Sonny Seiler.

Furthermore, I traded a container filled with assorted animal pelts for a bengal tiger from some dude who called me about my car’s warranty, but US Customs is holding up shipment. I’ll try Joe Exotic next though. I had a lead on an eagle as well, but the old guy said that times were hard and they taste a lot like chicken.

There’s a commodore’s ornately plumed hat and a Confederate kepi hanging beside the tv too. I’m still not sure what an Aggie is, but if it has anything to do with “agricultural and mechanical”, there’s enough broken tools and scrap metal around here to cover it.

For a special treat, we throw in a Great Depression Era staple of fried possum and sweet taters in honor of the University of Tennessee. One: because former Vols head coach Butch Jones favors a sullen poss… Two: because UT plays dead at home and gets killed on the road.

Pull all the stats, game records, past championship appearances, etc, etc, etc. The simple fact remains that members of the Southeastern Conference have indeed won 11 of the last 15 football national championships, and that fact is indisputable. In addition, SEC football starts now, so enjoy.