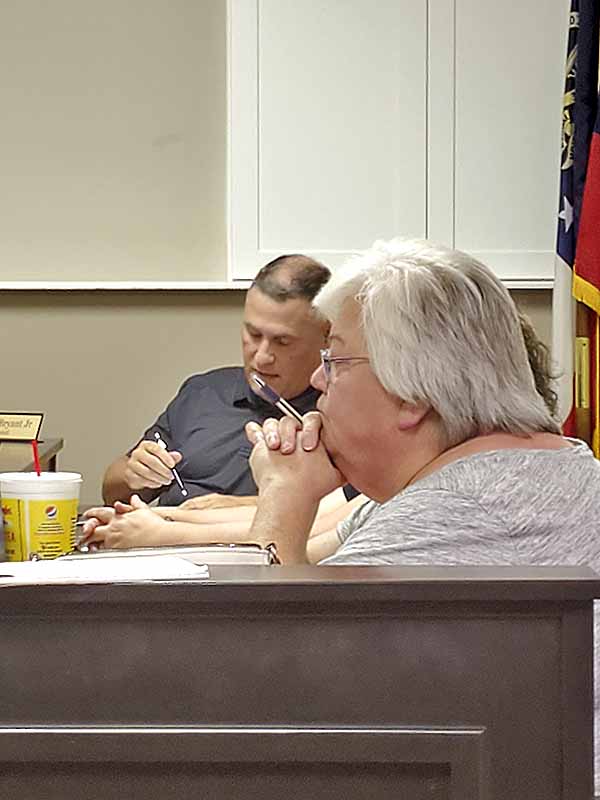 For the second meeting in a row, voices were raised at the Talking Rock Town Council. Like the August meeting, the contention pitted two council members, Tony Hawf and James Bryant, Jr., against Mayor Randy Banks and Town Clerk Cheryl Sams.

Many of the issues were hard to follow as discussion at the meeting picked up from long-running exchanges among the town leaders by text and e-mail, with some third party rumors thrown in.

Sams read a letter objecting to complaints that she indicated Hawf had made. The lengthy statement touched on many subjects and reached a point where Mayor Randy Banks (Sams’ brother) asked her to speed up.

Among the points: Sams specifically defended the purchase of a $900 printer for the town, which she said was the model they were advised to buy when their old printer died.