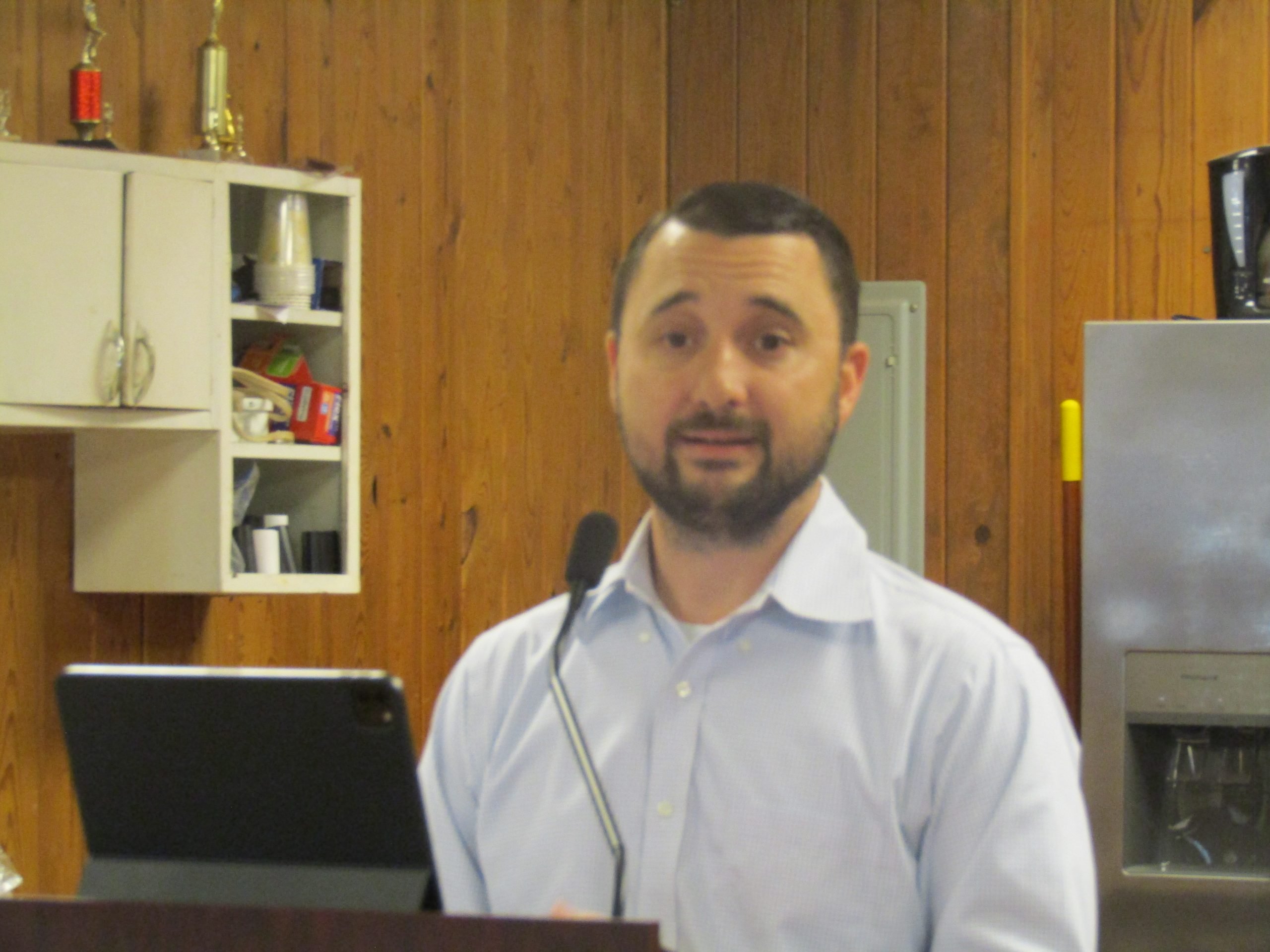 While campaigning for the west end commissioner’s seat, Josh Tippens pledged “to bring the government to the people.” One of his strategies for accomplishing this  was to schedule “town hall” meetings in the west end to enable the residents he represents to better connect with their government. On Tuesday, Sept. 13, the first west end town hall was held at the Hinton Community Center.

In opening comments, Tippens touched on a number of topics including the roles of the commission, taxes, services, growth, ethics, and transparency. He noted that the commission had just recently agreed to roll back the tax millage rate for the sixth consecutive year. Even with the roll back, the commission anticipates approximately $1.5 million in additional revenue for 2023, and Tippens talked about how that extra revenue would be utilized. Foremost is the intention to “provide a substantial increase to living wages for our public safety workers…to bring us in line with surrounding counties.”

Ongoing negotiations between the county and local municipalities over Local Option Sales Tax allocations was also discussed, and Tippens said that the commission believes Pickens County has been at a disadvantage and that previous allocations favored the city of Jasper. The negotiations are headed to “mediation” and if the differences are not resolved, LOST will expire.

Tippens detailed planned service upgrades for the west end which includes  an overhaul of the water system to include new water tanks, booster pumps, and updated water lines; multiple road projects to include Jerusalem Church Road and Henderson Mountain Road; a new $500,000 volunteer fire station for Talking Rock; and, a new recycling drop-off center for the west end.

Growth, taxes, water supply, and traffic concerns seemed to be of the most interest to the residents according to the questions asked. One person, who has lived in the county for 20 years, said, “I have no problem with growth, but how the county grows.” He questioned some zoning decisions and especially how “steel buildings” seemed to be popping up everywhere. Pickens County purchases much of its water from surrounding counties, and one resident had issues with the water supply, saying, “We don’t want to be locked in and dependent on other counties.” He added that he felt we should be “self-reliant” and feared other counties could “cut us off.” Commission Chair Stancil answered that there are contracts that would prevent that, but he agreed we needed to be more self-reliant.

One attendee thanked the commission for lowering the  millage rate, but added that because property values go up, taxpayers see little relief in what they pay and wished assessments might be lowered. Chairman Stancil responded, “We have no control over assessments,” further explaining that the Pickens Board of Assessors are required to use a state formula when making valuations. Others had issues with traffic problems, including one man who complained about the roundabouts recently constructed in Blaine and Talking Rock. He said the roundabouts are too narrow and confining and that big trucks almost always strike or run over the curbing. Another man asked about the possibility of increasing the speed limit to a more reasonable 30 m.p.h. above the “ridiculously low” current speed limit.

A resident also expressed his gratitude to the commission members for their work, and added, “Because of you guys, I feel comfortable coming to these meetings.” Asked if future town hall meetings are to be held, Tippens replied. “It depends upon the feedback,” but added that he hoped to have such meetings