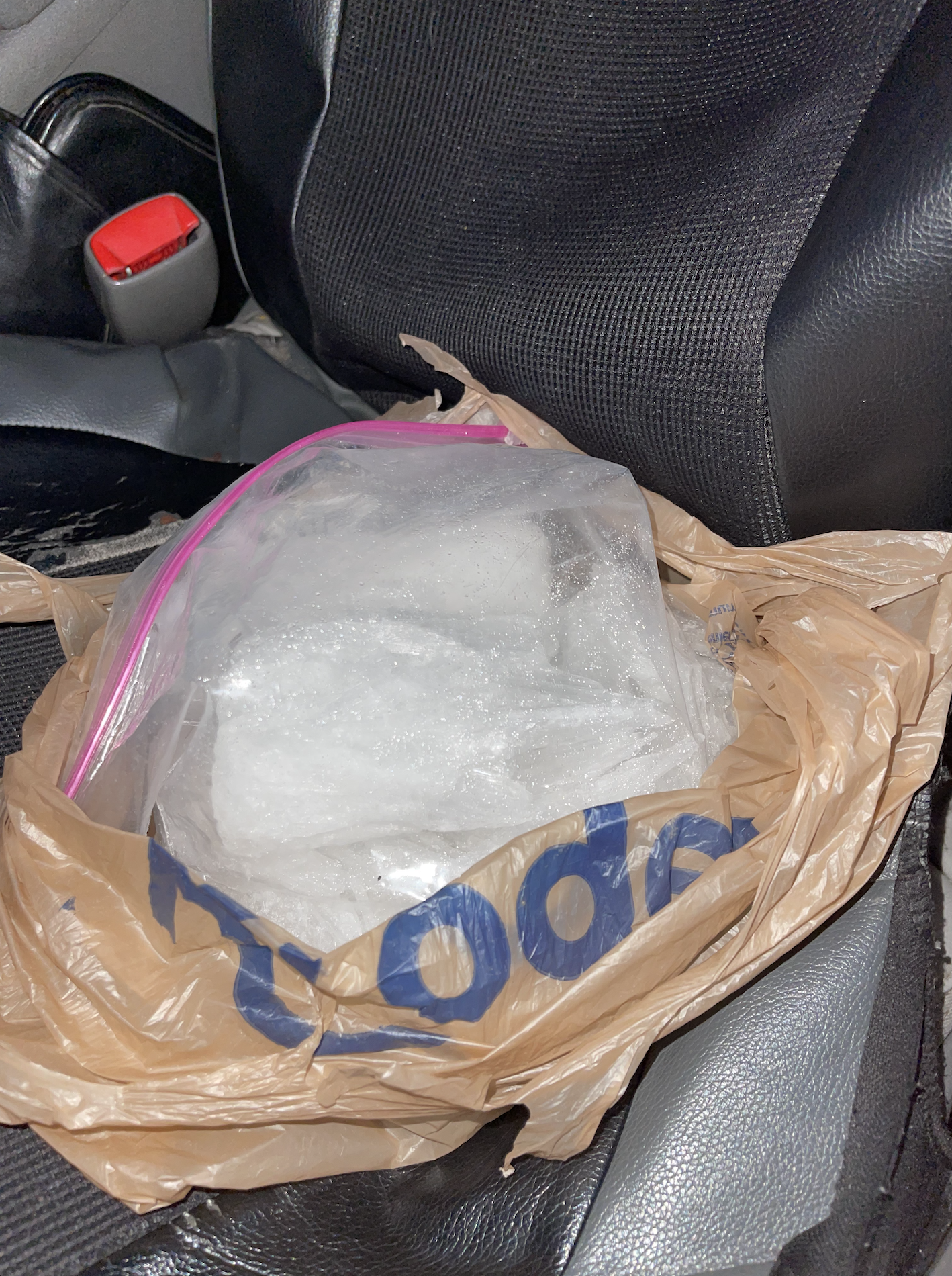 At approximately 5 a.m., while patrolling the area of Marble Hill, deputies stopped Penny Bramlett
for a driving infraction on Highway 53 East near McClain Mountain. As deputies approached the vehicle, they noticed Bramlett attempting to conceal a bag. After consent to search the vehicle was given by Bramlett, deputies found approximately one kilogram. The street value is estimated to be between $13,500 – $25,000

Bramlett was taken into custody and charged with Trafficking Methamphetamine along with Driving on a Suspended License and Headlight Requirement.

The arrest is the second Trafficking case in past two weeks in Pickens County, following the arrest of Jeremy Patterson where 62 grams of heroin were seized.