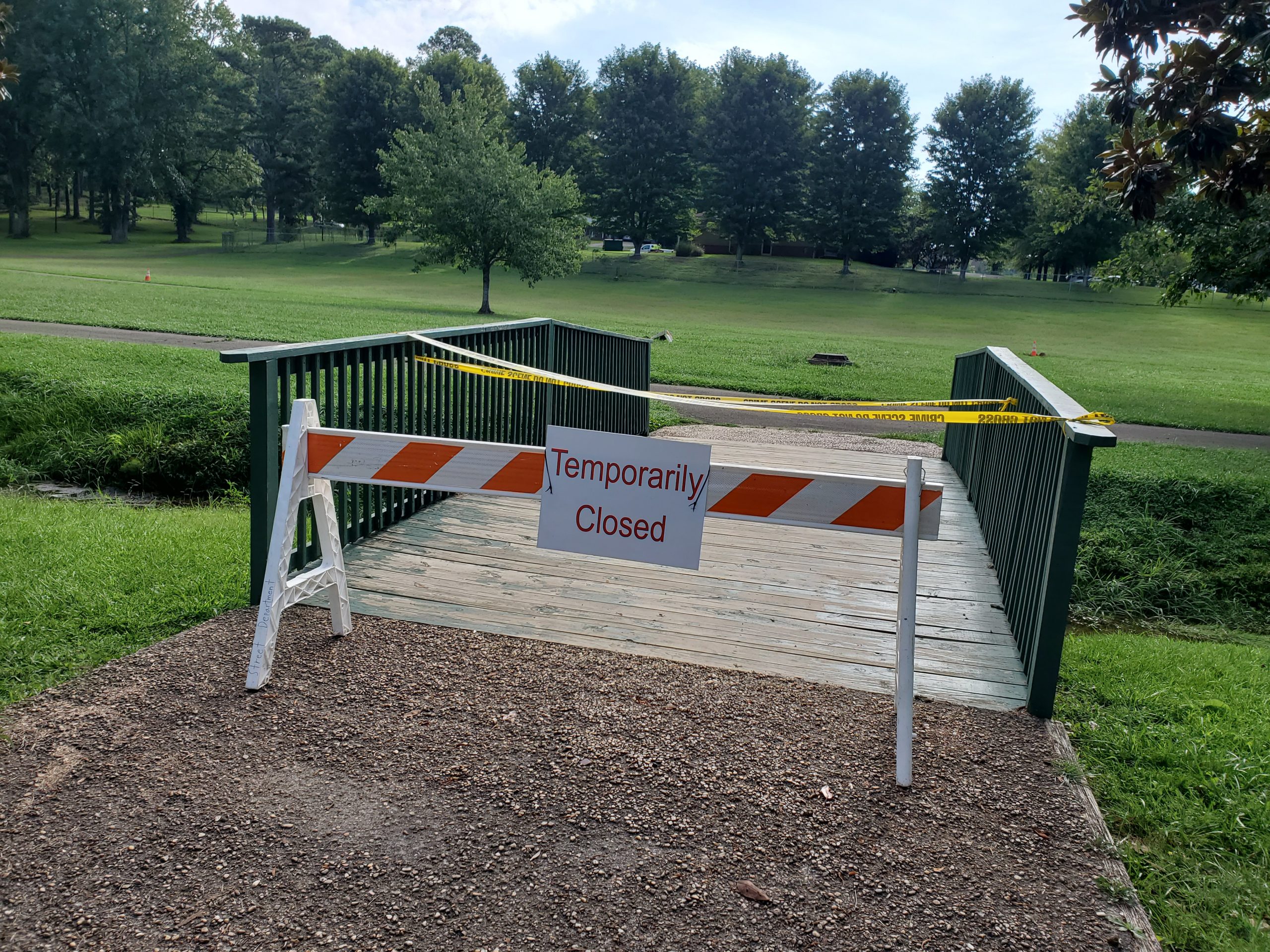 Lee Newton Park remains closed due to exposed wiring pulled up by a man running over street lights along the walking path.

Lee Newton Park will remain closed until Georgia Power crews can restore lighting and confirm the safety of the walking trails after a vandal in a vehicle ran over light poles throughout the grassy area in the center of the park on July 28th.

The damage left exposed wires throughout the park.

Police Chief Matt Dawkins said, “It looked like a tornado came through, the way one was knocked over in one direction and another going the other way.”  One of the metal poles was sheered completely into.

Arrested not far from the scene was Thomas John MacDonald, who was driving a truck taken from his brother. Chief Dawkins said the incident began in Forsyth County and that MacDonald took off in his brother’s truck, but will probably not be charged  for auto-theft unless his brother presses charges.

“It started in Forsyth and somehow ended in Jasper,” Dawkins said. “We’re not sure if he knew about Lee Newton Park [or how he ended up there].”

MacDonald now faces 20 charges including 13 traffic offenses, plus DUI, minor drug charges, fleeing and criminal damage. He was arrested after fleeing in the truck when an officer arrived but was stopped within a few miles. A nearby resident called 911 and reported the out-of-control vehicle doing donuts.

At the Jasper City Council meeting Monday, it was announced that the park would be closed  until Ga. Power could confirm that all the exposed power lines uprooted were safe to be around.

Unfortunately, Ga. Power also informed city employees that they are having to order some of the supplies needed to restore lighting and it’s not clear when they will have what they need.