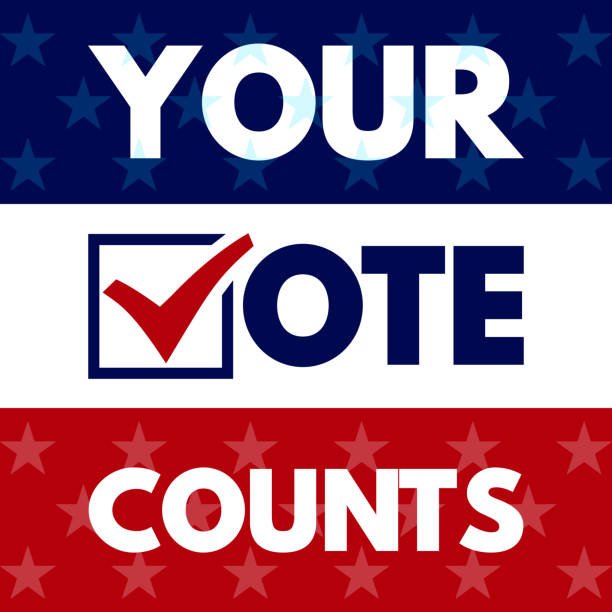 Vector of US presidential election banner with text and USA flag elements.

Voters inside city limits of Jasper, Nelson and Talking Rock may cast ballots in city council races this week. All early voting will be at the Community Center in Roper Park.

Voting began Tuesday with no line and little activity. A poll worker said they had only seen a handful of voters in the first hours when this reporter went by the entrance to the voting area at the rear of the building, under the pavilion.

There had been just enough activity that they could tell their set up in the community center was working well and ready for action. “We just need some voters. It’s slow,” the poll worker said.

Election officials remind people that this election is only for voters in the city limits of Talking Rock, Nelson and Jasper. Voters who do not reside in any city limit have this election off entirely. There are no ballot questions at all for residents of unincorporated areas.

On Election Day November 2, voters will go to their different town voting locations, not the community center. Jasper’s polling location is NOT city hall. It is at the Jasper Police/Courts building at 55 Dixie Street. Nelson and Talking Rock voters will vote at their city halls on Election Day.

•Nelson – Post 2 Michael Brown versus William Taylor. [Note: Incumbent Susan Johnston’s name will appear on the ballot but she has withdrawn. Votes cast for Johnston will not be tabulated].

Voters can determine their registration and also their status by logging onto the My Voter Page at the Georgia Secretary of State website. Google “My Voter Page” or call the local election office at 706-253-8781. Absentee ballots may be requested by calling or logging on as well.