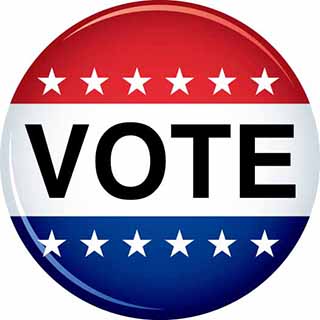 Though Warnock won around 38,000 more votes than Walker in the November general election, neither candidate earned more than 50% of the vote required by Georgia law to prevent a runoff, pushing the nationally watched race to a December rematch.

The lengthy campaign that finally concluded Tuesday night was the most expensive race of the 2022 cycle, with outside groups and the candidates’ campaigns spending more than $401 million in the race, according to campaign-finance tracking group OpenSecrets.

“It is my honor to utter the four most powerful words ever spoken in a democracy: The people have spoken,” Warnock said to a jubilant crowd celebrating the victory at a downtown Atlanta hotel.

“The people once again rose up in a multi-racial, multi-religious coalition of conscience,” Warnock said.

“I will walk with you even as I work for you,” Warnock vowed, promising to represent all Georgians, not just those who voted for him. “I will always be a voice for Georgia. All of Georgia.”

“I’m not gonna make any excuses now because we put up one heck of a fight,” Walker told his supporters. “I want you to believe in America and continue to believe in the Constitution and believe in our elected officials.”

“The best thing I’ve ever done in my whole entire life is run for this Senate seat right here and the reason I’m gonna say that is I had a chance to meet all you and hear what you guys feel about this country,” Walker added.

During this year’s lengthy campaign, Warnock portrayed himself as a protector of middle-class Georgians’ economic interests, touting his support for a $35-per-month cap on insulin and other drug spending caps for Medicare beneficiaries passed earlier this year. Warnock is also a strong supporter of full Medicaid expansion in Georgia as a way to bolster the state’s hospital infrastructure and improve rural health care.

Walker, one of the most storied University of Georgia football players of all time, was a political neophyte when he was tapped by former President Donald Trump to run for the seat last year.

Walker sought to tie Warnock to President Joe Biden and blamed the Democratic duo for high inflation and crime rates. The Republican also emphasized what he considers the problems with “woke” social policies, often telling crowds he would protect women’s sports from the participation of transgender athletes and criticizing Democrats for focusing on racism in American history.

Abortion was one of the most important issues in the race as Georgia’s law banning most abortions after about six weeks of pregnancy took effect this fall. Warnock made his strong pro-choice position clear during the campaign, saying that “a patient’s room is too narrow and small and cramped a space for a woman, her doctor and the United States government,” and that abortion rights are protected by the fundamental right to privacy.

At one point, Walker indicated that he opposes all abortions, with no exceptions for the life of the mother or in the case of rape or incest. But during a debate this fall, he said he supports Georgia’s “heartbeat law,” which bans most abortions after about six weeks but includes exceptions for rape and incest.

The Walker campaign was dogged by a number of serious allegations about his character. Two ex-girlfriends alleged that Walker paid for their abortions, despite his public pro-life stance.

Georgians turned out in droves to cast their ballots during the early voting period ahead of Tuesday’s runoff, with more than 1.7 million voting early during the newly shortened period. Total turnout as of Tuesday night was 3.5 million, a record for a midterm runoff in Georgia.