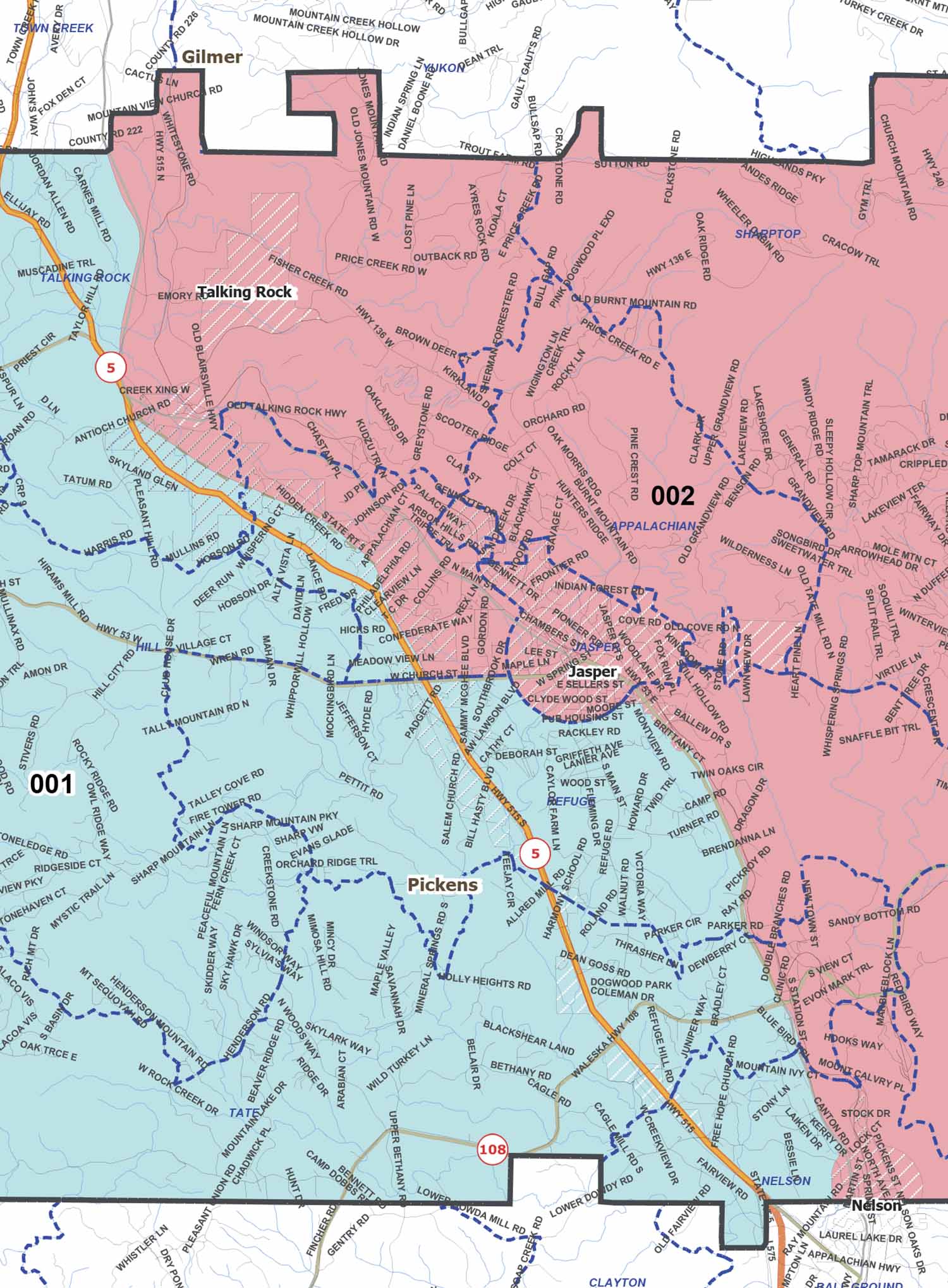 The dividing line between east and west commission districts. With races on both sides underway, voters may want to check and be sure they know which district they reside in.

What is east and what is west?

It’s tempting to say that Highway 515 marks the dividing line between Pickens County’s east and west sides. But, for our political divisions, that simple answer is unfortunately not very accurate.

The official commission districts dividing line may seem strange geographically. Since the political divisions between east and west are based on population, the line doesn’t necessarily follow highways or straight lines.

The state’s Legislative Redistricting Office divides cities and counties in a way that balances population as closely as possible. According to Georgia House Representative Rick Jasperse, when the division along the current line was made the population split was within 250, a very close number.

Small changes in that line are also obvious on the map where instead of following the road, the cities of Jasper and Nelson are encompassed entirely in the East, before the district line returns to the highway.

For people who live near the dividing line, the elections office recommends using the secretary of state’s website to check whether you are east or west district.

Stacey Godfrey, supervisor at the Office of Elections and Registration, encourages voters to go to the My Voter’s Page on http://mvp.sos.ga.gov for all their questions.

With several candidates in the west district commission race this May and questions from both parties on the ballot, Godfrey has encouraged voters to take a look at the election information with  advanced voting opening Monday, May 2 at the Pickens County Community Center. Voting will run Mon-Fri 8 a.m. to 5 p.m. and two Saturdays, May 7 and 14 from 9 a.m. to 5 p.m.

Voters may also call the elections office at 706-253-8781 or visit their office on Pioneer Road.