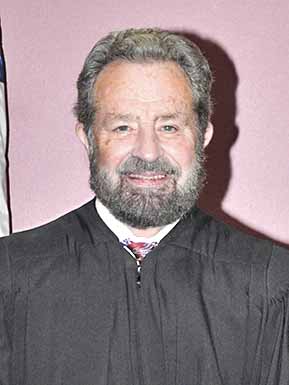 By Submitted Article on December 1, 2021

﻿            Superior Court Judge John Worcester announces that he will be seeking re-election in the May 2022 non-partisan judicial election.

Judge Worcester has served the people of Fannin, Gilmer and Pickens counties for more than 17 years. He first served as the Appalachian Judicial Circuit’s Chief Juvenile Judge, and most recently as one of the circuit’s three Superior Court judges. In 2016, Governor Nathan Deal tapped Judge Worcester to fill the unexpired term of Judge Amanda H. Mercier, when she was elevated by the governor to Georgia’s Court of Appeals. He ran unopposed in 2018 and was elected to a four – year term on the Superior Court bench. If re-elected, Judge Worcester will begin a new four – year term in January 2023.

“I want to continue my work as a Superior Court Judge,” said Judge Worcester.  “The last five years have been very rewarding and I hope I can continue to help make a difference for the people and the communities we serve,” he went on to say.

In addition to working with the civil and criminal matters assigned to him, Judge Worcester presides over the Appalachian Judicial Circuit’s Mental Health and Parental Accountability Courts. He also assists with the Circuit’s Drug Court, Veterans Court and the Georgia Department of Community Supervision’s Daily Reporting Center program.

An active community participant, Judge Worcester is a Rotary Club member and serves on the Board of Directors of Georgia Court Appointed Special Advocates, a state-wide, voluntary non–profit organization dedicated to working for the best interests of Georgia’s abused and neglected children. He is a member of the Council of Superior Court Judges, where he serves on the Pattern Jury Instructions, and the Accountability and Treatment Courts Committees. He is also co-chairman of the organization’s Parental Accountability Court Subcommittee.  Judge Worcester is also a member of the Economic Subcommittee of Georgia’s Child Support Commission.  He is married to Sharon Worcester.

“I thank you for your encouragement. I hope that I can count on your continued support and that you will vote to keep me as one of your three Superior Court judges.”